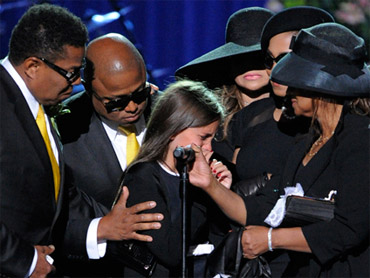 Pilot Thomas Cloyd, 47, of Peoria, Ariz., was sentenced to five years in prison. Miami-Dade Circuit Judge David Young said he had no sympathy for Cloyd, who had been on probation for a DUI just months before his arrest.

Co-pilot Christopher Hughes, 44, of Leander, Texas, was ordered to 2 ½ years in prison, 1 1/2 years of community control and a year of probation. He was also sentenced to community service and fined $5,000. He was also barred from operating an aircraft for five years.

The judge said Hughes has tried to rehabilitate himself, and that played a role in his sentence.

Hughes shook his head when his sentence was read, and let out a heavy sigh as he was handcuffed. Cloyd showed no emotion.

Prosecutors had recommended four years in prison for Cloyd and three years for Hughes, sentences that defense attorneys said were too harsh because no one was injured before their July 2002 arrests.

"It was not a victimless crime and there was a lot of people injured," Young said. "What you did was absolutely wrong."

Hughes' family and attorney James Rubin declined to comment while leaving the courtroom.

When reporters asked Cloyd's wife, Debbie, what she thought of the verdict, she said: "Haven't you people had enough?"

She declined further comment, as did Cloyd's lawyer, Daniel Foodman.

They were found guilty June 8 of operating an aircraft while drunk.

Testimony showed the pilots drank 14 beers between them, running up a $122 food and drink tab at a Coconut Grove sports bar until 4:40 a.m. with their flight scheduled to depart at 10:30 a.m. Federal rules require no alcohol be consumed in the eight hours before a flight.

The flight was stopped by police before takeoff after screeners noted alcohol on their breaths.

Tested hours later, their blood-alcohol levels were above Florida's 0.08 percent legal limit for drunken driving, which includes aircraft, experts said at trial. The levels were probably much higher when they were in the cockpit, the experts said.

The pilots unsuccessfully argued at trial that they weren't drunk and, besides, they weren't in control of their Airbus 319 carrying 117 passengers and crew because it was being towed by a tug when police in cruisers stopped them and ordered the jet back to the gate.

Prosecutor Hillah Catz called the sentences just and said it sent a message that anyone operating any type of vehicle should never do so while drunk.

She said it was "an insult" that the pilots argued that they were never operating the aircraft because it was being towed.