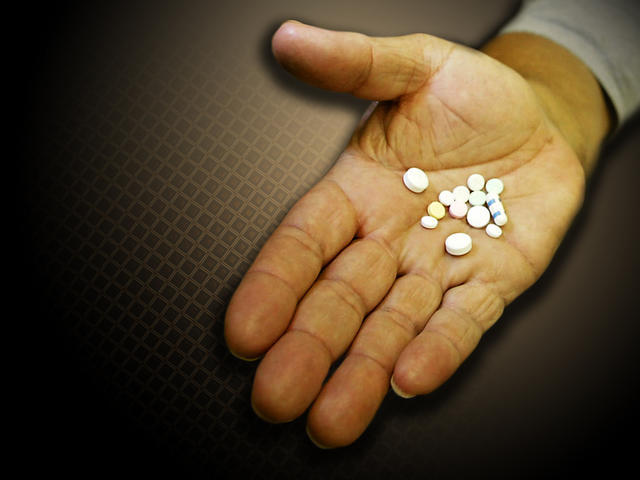 (CBS/AP) PASCAGOULA, Miss. - A pharmacist in southeastern Mississippi says some drugstore burglar got a surprise when he broke in and tried to steal the pain medication Lortab.

The painkilling pills had been replaced with beans.

Pharmacist Mac Clark works at Fred's Drug Store in Pascagoula and told WLOX-TV the store was broken into several times in the past six months, and each time the burglars got away with Lortab - so he decided he needed a decoy.

He put kidney beans in a large Lortab bottle. Around 6 a.m. Wednesday, the thief came back again. The only thing stolen this time was the Lortab bottle - filled with beans.

Investigators believe the burglar cut him or herself during the break-in because they found a trail of blood leading away from the building.