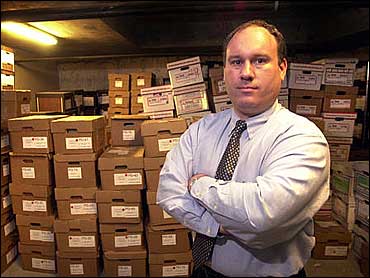 Pfizer Inc. has agreed to plead guilty and pay $430 million in fines to settle charges that its Warner-Lambert unit flouted federal law by promoting non-approved uses for one of its drugs.

The settlement with the world's largest pharmaceutical company includes a $24.6 million payment for whistleblower David Franklin, the scientist who first reported the marketing abuses to authorities.

Under the agreement released Thursday by federal prosecutors, the company acknowledged spending hundreds of thousands of dollars to promote non-approved uses for the anti-seizure drug Neurontin, in part by paying doctors hefty speakers' fees and flying them to lavish resorts as "educational" trips.

Pfizer agreed to plead guilty to violating the Food, Drug and Cosmetic Act and pay a $240 million criminal fine, the second-largest ever in a criminal health care fraud prosecution, according to the Justice Department. The company will also pay $152 million in civil fines to be shared among state and federal Medicaid agencies. Another $38 million would go to state consumer-protection agencies.

"We believe we have exposed an illegal practice in the pharmaceutical industry that caused the Medicaid program to pay tens of millions of dollars for off-label prescriptions that were not eligible for reimbursement under the Medicaid program," said Franklin's attorney, Thomas Greene.

The case began in 1996, when Franklin filed a whistleblower lawsuit against Parke-Davis and its parent company Warner-Lambert, alleging it used an illegal marketing plan to drive up sales of the anti-seizure drug Neurontin in the 1990s. Pfizer bought Warner-Lambert four years ago.

The lawsuit alleged that while Neurontin was approved only as an epilepsy drug, the company promoted it for relieving pain, headaches, bipolar disorder and other psychiatric illnesses.

While doctors can prescribe drugs for any use, the promotion of drugs for these so-called "off-label uses" is prohibited by the Food, Drug and Cosmetic Act.

Last May, federal prosecutors in Boston filed a brief in support of Franklin's lawsuit, and have since been in settlement negotiations with Pfizer to recover money the Medicaid program spent on Neurontin.

Pfizer said the activity alleged in Franklin's lawsuit and charged by prosecutors occurred years before it bought Warner-Lambert in 2000.

"Pfizer is committed to compliance with all healthcare laws and FDA requirements and to high ethical standards in all aspects of its business practices," the company said in a statement.

The whistleblower lawsuit alleged that the company's publicity plan for Neurontin included paying doctors to put their names on ghostwritten articles about Neurontin and to fly them to lavish resorts. One doctor received almost $308,000 to speak at conferences about the drug.