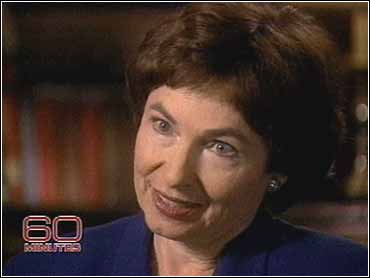 Patients taking experimental drugs in clinical trials often don't know the doctors administering them are usually paid by drug companies - and that the drugs can sometimes worsen their health, Steve Kroft reports.

Increasingly, the ones doing these studies are no longer PhD researchers at large universities. They're family doctors looking for extra cash - doctors like Robert Fiddes, who had a small practice in southern California. Susan Lester was one of his study coordinators. She says that he had 30 to 40 trials going during her time there. She says that drug companies were paying him anywhere from $50,000 to $250,000 per study.

Tom Parham was one of those patients. His family doctor, who was one of Fiddes' partners, told him there may be some problems with his prostate, and suggested he go see Dr. Fiddes to enroll in a study on an experimental prostate medicine.

The doctor neglected to tell Parham that his history of heart problems put him at great risk if he took this medication.

Lester says she noticed on Parham's records that he had this problem, and says she told Dr. Fiddes. According to Lester, Dr. Fiddes said that Parham could participate anyway.

A few days later, Parham felt sluggish and went back to the doctor's office. She took him off the medicine. A few days later, though, his pulse dropped very low. He went to the hospital, where he was told he needed a pacemaker immediately.

To avoid getting into trouble with the government, Dr. Fiddes removed any reference to Parham's "long history of bradycardia" from his medical records. Parham had no idea this was going on behind the scenes, and he certainly didn't know Dr. Fiddes and his partners were getting money for turning him into a guinea pig.

Finding patients like Parham, and keeping them, grew increasingly difficult, especially as more and more studies rolled in. So, Lester says, they started to lower their standards on who qualified for a clinical trial.

In one arthritis study ,Dr. Fiddes was required to have a radiologist read the X-rays of potential research subjects to verify that they had a specific knee problem that was being studied. Dr. Fiddes could not find enough patients who qualified, so he asked the company that was sponsoring the drug trials if he could read the X-rays - they said yes.

”All of a sudden, miraculously, all of the patients qualified for the study,” Lester says. She says he falsified the data.

Dr. Fiddes got even more creative. When he couldn't find patients with ear infections for an antibiotic study, he just ordered up bacteria from an outside lab and faked the specimens.

Based on a hodgepodge of real and fake data Dr. Fiddes wrote papers that appeared in several reputable journals. Dr. Marcia Angell, former editor of the New England Journal of Medicine, says cases like Dr. Fiddes are disturbing, but unfortunately not isolated.

Lester eventually blew the whistle, and after federal regulators raided the office, Dr. Fiddes was convicted of "conspiracy" to commit fraud, sentenced to 15 months in prison, and stripped of his medical license.

Government officials who oversaw this case admit Dr. Fiddes may never have been caught if Lester hadn't put her career on the line and come forward.

Dr. Greg Koski, who runs the government's Office of Human Research Protection, says it's unfortunate but the system depends on whistleblowers. Koski's agency was upgraded recently and he now reports directly to the Secretary of Health and Human Services. The change was made last year, he said, to make sure that cases like the one involving Dr. Fiddes don't happen again. But his office has only 30 employees to watch the entire industry.

The need for human study subjects has gotten so great that the pharmaceutical industry has resisted virtually any regulation that would make their job more difficult. Even major universities, which are supposed to oversee their own research studies, often have a financial stake in the drug being tested and stand to make millions in royalties if that drug is approved.

According to Dr. Koski, this creates a situation in which a university stands to make millions of dollars on a drug that it partly owns. This same university appoints a review board to evaluate it.

That, says Dr. Koski, ”is exactly why they're not the ones who should be engaging in the research.