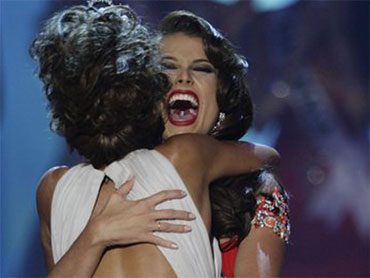 Whether Americans opt for Nexium or Prevacid to treat their heartburn, they could have bought the drugs in Canada for less than half the price.

As Congress debates whether to allow foreign pharmacies to fill prescriptions, The Associated Press surveyed comparable U.S. and Canadian prices for 10 popular drugs and found the Canadian prices were 33 percent to 80 percent cheaper.

For example, a three-month supply of cholesterol-controlling Lipitor, the world's best-selling prescription drug, was 37 percent cheaper in Canada. The anti-depressant Paxil cost about half as much as in the United States, while the arthritis drug Vioxx cost 58 percent less. The biggest price difference was for the anti-psychotic drug Risperdal, 80 percent cheaper in Canada.

The figures are from a check of drug prices on Internet sites maintained by American and Canadian pharmacies.

"You're talking about a $40 billion savings, just in what the government dispenses," said Rep. Jo Ann Emerson, R-Mo., who withheld her support from the House version of a Medicare prescription drug bill until she received assurances from Republican leaders that they would address importation in the final legislation.

Whether to allow Americans to import drugs from Canada and other countries where governments have imposed price controls is among the outstanding issues as lawmakers race to come up with a bill before the end of the year to create a prescription drug benefit for seniors.

Bringing prescription drugs into this country from abroad is now illegal. But the federal government has not tried to block individuals from traveling to Canada to fill their prescriptions.

With Americans facing skyrocketing pharmacy bills, buying drugs in Canada has become a hot political issue, no longer confined to border states where busloads of Americans could make a quick trip north to pick up their prescriptions.

The idea of buying in Canada is favored by a majority of members in the House of Representatives and several Democratic and Republican governors. The issue played a role even in Tuesday's mayoral election in New Britain, Conn., where the incumbent lost to a candidate who campaigned on a plan to buy low-cost prescription drugs from Canada.

Illinois would save about $91 million a year by buying prescription drugs from Canada, according to report commissioned by Gov. Rod Blagojevich. The state spent $340 million on prescription drugs for its employees and retirees last year, 15 percent more than a year earlier.

Despite the popular support for allowing imports, the congressional measure is being resisted by politically powerful drug manufacturers as well as the Bush administration and influential lawmakers in both parties, mainly citing on safety grounds.

The Food and Drug Administration has said it is especially concerned about the safety of Internet drug sales.

The agency said Wednesday that cities and states that allow their employees to import prescription drugs from Canada could face legal action.

"We're not giving them a pass," said William Hubbard, the agency's associate commissioner for policy. "We haven't threatened them (with lawsuits), but we haven't let them off the hook."

Sen. John Breaux, D-La., one of the congressional negotiators, said Canada itself is not the problem so much as other countries where the drugs are produced.

"It is not an answer to this problem to say go buy drugs from Canada which may be coming from Pakistan and India and China and all those countries we have health concerns about," Breaux said.

Federal law allows for importation, but only after the secretary of Health and Human Services has certified that public health would not be endangered.

That certification has never been made, and HHS Secretary Tommy Thompson said last week that the safety issue has not been addressed to his satisfaction in the negotiations.

The issue does not fall along traditional party lines. A coalition of conservative Republicans and liberal Democrats helped pass a bill in the House this year that would allow for imports without Thompson's certification. In the Senate, on the other hand, such ideological opposites as Rick Santorum, R-Pa., and Edward M. Kennedy, D-Mass., have warned against removing the public health provision.

Congressional supporters of allowing imports say the safety concerns can be addressed. "The safety certification is an endless cycle," said Sen. Olympia Snowe, R-Maine. "I don't see any problem in meeting a safety standard on importing from Canada."

The Illinois report said that Canada has prescription drug safety measures similar to those in the United States, but FDA officials criticized the study as incomplete.

One indication of where congressional negotiators are headed might be that just three of the 12 lawmakers taking part in the closed-door negotiations have voted to allow prescription drug imports.