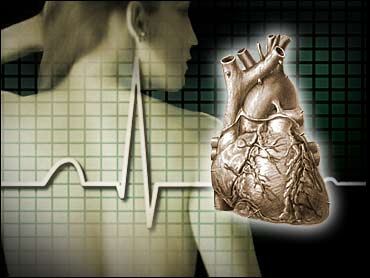 In a potential breakthrough for heart transplant patients, an experimental drug appears to prevent or reduce a common, deadly side effect: the overgrowth of cells in the blood vessel walls of the new heart.

The condition is called chronic rejection syndrome, also known to doctors as "transplant disease." In at least half of all transplanted hearts, muscle cells in the blood vessel walls proliferate, narrowing the vessels and squeezing the supply of blood to the new heart. Death or rejection of the new organ often results.

The new drug, called everolimus, was created to tamp down the immune system so the body does not reject a new organ. Because it was also known to slow cell growth, it was tested against a standard immune-system-suppressing drug in preventing transplant disease.

If the long-term results are as good as the early ones described in Thursday's New England Journal of Medicine, it could be a discovery as big as that of the first anti-rejection drug, cyclosporine, said Dr. Clyde W. Yancy, a spokesman for the Dallas-based American Heart Association.

Cyclosporine took organ transplants from experiments to standard operations. "Everolimus could take us from good outcomes mode to true long-term survivor mode. That would be a significant long-term advancement," Yancy said.

But he and another transplant expert said that even if the Food and Drug Administration approved the drug tomorrow, it would be years before doctors knew how well it really works, and whether it is safe.

"This is a very exciting finding, but it should be met with optimistic caution rather than unbridled enthusiasm," said Mandeep Mehra, a board member of the International Society for Heart and Lung Transplantation.

The study was led by Dr. Howard J. Eisen of Temple University School of Medicine in Philadelphia. It was paid for by Novartis, the maker of the drug.

Doctors at 52 centers in the United States, South America, Canada and Europe looked at a total of 634 patients. One-third, or 214, got azathioprine, a standard immunosuppressive drug sold as Imuran. A total of 209 others got 1.5 milligrams a day of everolimus, approved a month ago in Europe as Certican but still considered experimental in the United States. The final 211 got double that dose.

Far fewer patients on the experimental drug developed thickened blood vessels than those on the standard drug (36 percent and 30 percent versus 53 percent).

And the average thickening was much smaller among patients on the experimental drug. Their arterial walls were one-third as thick as those of the patients on the standard drug.

After a year, 53 percent of the patients on the standard drug had died, needed a second new heart, or had episodes of rejection that impaired blood flow or needed extra treatment. That compared with 42 percent on the smaller dose of everolimus and 32 percent on the higher dose.

However, most of that difference was to due to episodes of rejection serious enough to require medicine. The differences in the number of deaths or the need for a new heart were not statistically significant.

"For some reason, it didn't translate into outcomes. Survival was no different," said Mehra, head of the heart transplantation program at Ochsner Medical Institutions in New Orleans.

"I think we are all elated that we have something akin to a breakthrough," said Yancy, an associate professor and associate dean of clinical affairs at the University of Texas Southwestern Medical Center in Dallas and its hospital.

He cautioned that longer follow-up will be needed. Most heart transplant patients show signs of transplant disease within five years.

He also noted that patients on everolimus had slightly more kidney problems and slightly higher cholesterol levels, both of which are danger signs for transplant disease.

The leading causes of death among patients who live at least five years after a heart transplant are chronic rejection disease and cancer, Yancy said. Doctors think the immunosuppressive drugs may be a cause of the high cancer rate.

If the new drug does work long-term and does not raise the risk of cancer, "we're making the argument for transplantation as a matter of everyday medicine much more compelling," Yancy said.