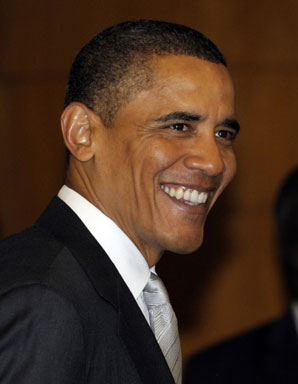 A new drug has been shown to dramatically delay the progression of a rare type of intestinal cancer in patients who have run out of options because their tumors have outsmarted even the latest high-tech drug.

Sutent belongs to a new class of cancer drugs that target multiple tumor activities at once. Doctors are hopeful it will usher in a new era of combinations of finely targeted drugs that can greatly improve the prognosis of cancer patients, in much the same way that triple-combination therapy has revolutionized HIV treatment.

Conventional chemotherapy drugs kill cancer cells, but they also damage healthy tissue. The newer generation of drugs specifically target tumor cells and leave the rest of the body alone. However, they hone in on a single tumor function, don't work for everybody and can stop working after a while.

Sutent, or sunitinib malate, seems to shrink tumors by simultaneously starving them of blood, blocking signals that tell them to grow and spread, and causing cancer cells to die. It is being tested in patients for whom the latest targeted drugs have failed and has shown promise in previous studies in kidney and breast cancer patients. It is one of more than 10 multitasking drugs being studied in various types of cancer.

The research, presented Thursday at the European Cancer Conference in Paris, studied Sutent in 312 people in Europe, the United States, Australia and Asia with a type of cancer called gastrointestinal stromal tumor, or GIST.

The prognosis of this cancer had been dire until the targeted drug Gleevec, or imatinib, came along about five years ago. However, Gleevec stops working for most patients within two years as the tumor develops resistance to it.

In the study, two-thirds of patients, who had all developed resistance to Gleevec, got the new drug, while one-third received a fake treatment.

Sutent delayed the time to progression of the tumor from 6.4 weeks to 27.3 weeks, the study found. It is too early to tell whether the treatment is saving lives.

The study was paid for by Sutent's developer, Pfizer.

The findings are good news for GIST patients, said Dr. Gordon McVie of the European Institute of Oncology in Milan, Italy, who was not connected with the research.

"There was a fear when imatinib was so successful that when resistance occurred, that was going to be it," said McVie. "What's really exciting is that behind Gleevec came two more buses this one, and a second drug. These drugs have lifted everybody's expectations all over again."

But experts agree the promise of Sutent and other such drugs goes beyond GIST, which is being used as a proving ground for other cancers because scientists understand its simple circuitry.

"It has huge scientific implications, that's for sure," said Dr. Jose Baselga, an oncologist at the Valla d'Hebron Hospital in Barcelona, Spain, who was not tied to the research.

"We are trying to put together the rule book on cancer," he said.

The experience with HIV therapy, where huge leaps in survival were seen after triple combination cocktails came along, has provided good lessons for cancer, Demetri said. Testing of Sutent in combination with other drugs is already under way, he said.

"The cells probably have a rather limited repertoire of tricks they can fall back on. If you put pressure on one pathway, the cell finds a different pathway to squeeze around. But if you block that pathway too, the cell is stuck. They get trapped, they can't grow and they die," Demetri said. "That's the theory."