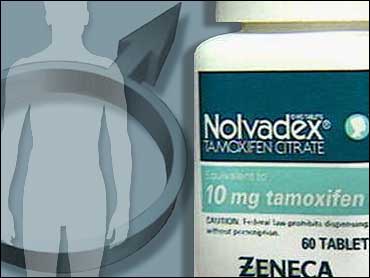 The small, preliminary study states that short boys with "limited growth potential" who took tamoxifen had an increase in their predicted adult height.

Kreher works in the pediatric endocrinology section of Riley Hospital for Children at the Indiana University School of Medicine.

The study appears in Pediatrics.

Not A Direct Test

Kreher's team checked the records of seven short boys who had taken tamoxifen twice daily for six months to four years. The boys were nearly 15 years old, on average.

Almost all of the boys (six out of seven) were also taking growth hormones at the same time.

Was tamoxifen responsible for the results? It's hard to say, especially in the boys who were also taking growth hormones, the researchers note.

No side effects were recorded in the boys' medical charts, with one exception.

One of the boys reported having blurry vision when he started taking tamoxifen. After stopping and then resuming the drug, those problems went away, write Kreher and colleagues.

Tamoxifen isn't approved for treating short stature. The drug blocks the hormone estrogen and is used to treat and prevent breast cancer in women.

Estrogen has many roles. It's a key part of the female reproductive system. It also fuels some breast cancers, which explains tamoxifen's use in breast cancer.

Estrogen may play a role in the mix of hormones that affect growth and physical maturation, write Kreher and colleagues.

The study was small and it didn't directly test tamoxifen's height effects, the researchers note.