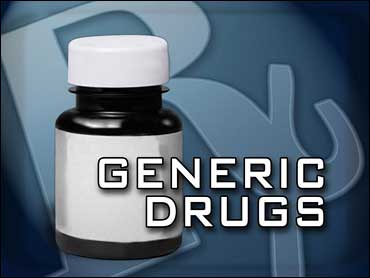 Drug companies increasingly are reaching legal settlements that delay the introduction of cheaper generic medicines and cheat Americans of billions of dollars a year in savings, federal regulators on Wednesday told lawmakers seeking to ban the agreements.

The Federal Trade Commission and others allege the settlements allow brand-name pharmaceutical companies to pay off would-be generic competitors, which then agree to delay introduction of their less costly but otherwise identical versions of the original medicines.

The FTC issued a report Wednesday, coinciding with a Senate Judiciary Committee hearing on the topic, that shows the settlements have become more common since two 2005 appeals court decisions upheld their legality.

In the 12-month period that ended Sept. 30, half of the 28 patent litigation settlements between brand-name and generic drug makers included such an agreement, according to the FTC. It tallied just three the previous fiscal year and none the year before that.

In a typical settlement, the payment is still less than the potential loss in sales to a brand-name company once a generic competitor enters the market, said Michael Wroblewski, of Consumers Union. And the generic manufacturer makes more from the payment that it would from actually selling its version of a drug, he said.

The agreements settle legal challenges mounted by the generic manufacturers seeking to enter the market for a drug before its patent expires. In doing so, they thwart the intent of the 1984 law that made such challenges possible, said Sen. Patrick Leahy, D-Vt.

The pharmaceutical industry maintains the settlements avoid or cut short prolonged and costly litigation. Those costs ultimately are passed to the consumer.

"Courts and experts have stated unequivocally that settlement of litigation should be encouraged and that settlement of patent litigation can benefit consumers. Blanket prohibitions on certain types of settlements could force both sides to spend valuable resources litigating their patent dispute to judgment," said former Louisiana Rep. Billy Tauzin, now president and chief executive of the Pharmaceutical Research and Manufacturers of America.

One of the co-authors of the 1984 law, Sen. Orrin Hatch, R-Utah, suggested reviewing the settlement agreements on a case-by-case basis and not banning them outright.

Downey said settling challenges to the patents on the antidepressant Prozac and cancer drug tamoxifen allowed his company to introduce lower-price generic versions of the two medicines before they lost patent protection, saving consumers more than $1.5 billion.