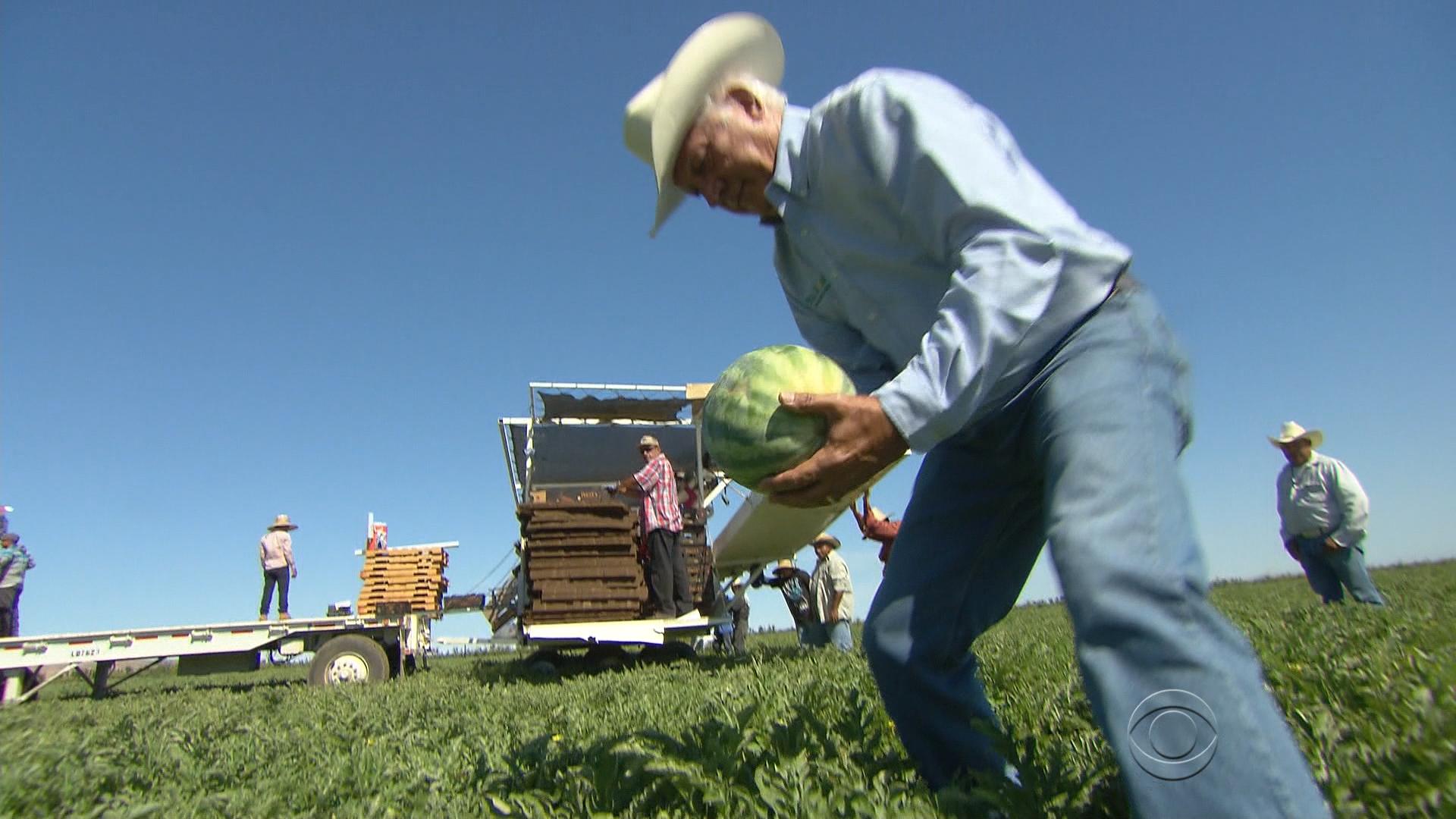 CENTRAL VALLEY, Calif. -- Wildfires are racing through brush that has been baked dry by four years of drought. A new study says the drought will cost California close to $3 billion this year alone. Farmers are paying the biggest price.

It's harvest time in California's Central Valley and the number one thing on farmer Joe Del Bosque's mind is water.

"It is such a big issue we don't know what number two and three are," he said. "Our trees are dying."

To keep his almond trees alive he's paying seven times more for water than he did before the drought. That's why he's left nearly 40 percent of his land unplanted.

"We are right now operating year to year and if we don't have water next year, we stop operating," Del Bosque said.

Half of all the nation's fruits, nuts, and vegetables are grown here, but that bounty is on the brink. The drought will cost California's agricultural economy $1.8 billion this year and 10,000 seasonal workers will lose their jobs. More than half a million acres of land have been fallowed.

Desperate farmers are pumping billions of gallons of water out of the ground every day. A new report from NASA shows that's causing the land to literally sink -- up to two inches per month. Concrete canals are buckling and bridges now sit right on top of the water.

Which may explain why so many farmers here feel they are sinking under the weight of a deepening drought.