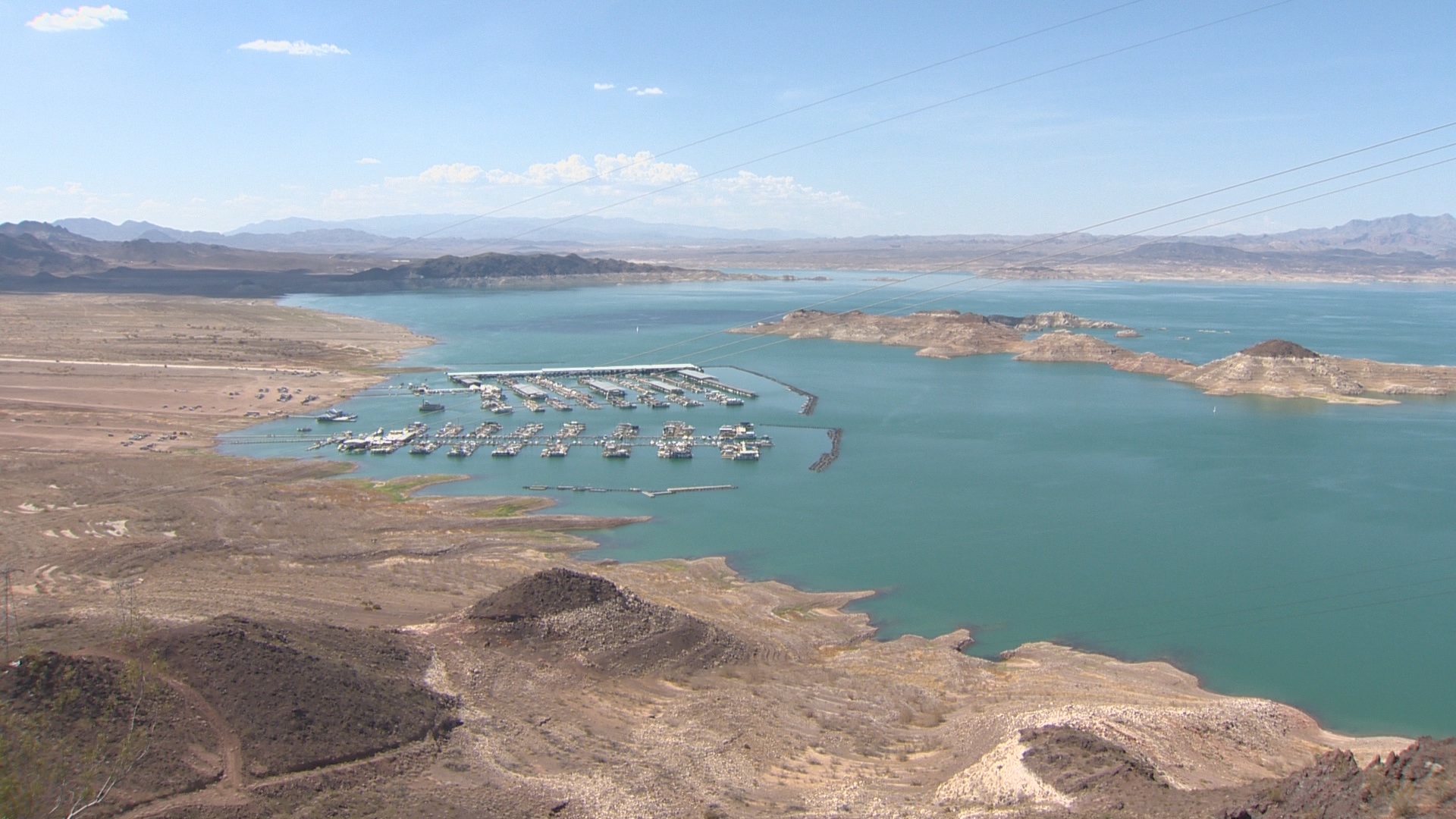 Like reservoirs throughout the drought-stricken West, Nevada's Lake Mead is far below capacity, down more than 60 percent. But even as the drought deepens, tourists are flowing in.

Lake Mead gets more visitors than either Yosemite or the Grand Canyon, and some are coming to see the surprising sites that are revealed as the lake shrinks, CBS News' John Blackstone reports.

The ruins of the Old West town of St. Thomas were hidden for decades under the water. But Lake Mead has receded so far that tourists can now hike 1 mile across the desert to examine what's left, with no water in sight.

Lake Mead National Recreation Area public affairs officer Christie Vanover said she and Blackstone were standing in an area that in the 1990s would have been covered by 100 feet of water.

St. Thomas was founded in 1865 by Mormon pioneers. It was a thriving and, at times, lawless town.

When the U.S. government bought the land in the 1930s to make room for Lake Mead, it's been said a few residents refused to leave, believing the valley wouldn't flood.

Another long-lost piece of history remains underwater, a B-29 Superfortress. It rests at a depth of about 105 feet, but shallow enough for sunlight to filter down.

"The other advantage of it being shallower is that more divers can actually access it," Tech Diving Unlimited's Joel Silverstein said.

He leads about a 100 dives a year to the military relic.

"The B-29s were very important during World War II. They carried all the different bombs and a lot of people flew in them. And they were the most popular and most used plane in World War II," Silverstein said.

Back in 1948, that B-29 that crashed into the lake was on a secret mission. The crew of five survived, and the plane remained undisturbed for nearly 70 years.

While there is certainly less water in Lake Mead, it's still the major attraction for most of the tourists who visit.

"You have new beaches, new coves, new things you can explore," he said.

Lake Mead has always been at odds with its surroundings -- a mammoth body of water in one of the hottest, driest places in the West. While the long drought peels away some of its past, the prediction of heavy El Niño rains this winter may help ensure the lake's future and reclaim its historic treasures.

CBS Mornings Deals: A 10-in-1 jumper cable and more
Thanks for reading CBS NEWS.
Create your free account or log in
for more features.
View CBS News In
CBS News App Open
Chrome Safari Continue
Be the first to know
Get browser notifications for breaking news, live events, and exclusive reporting.