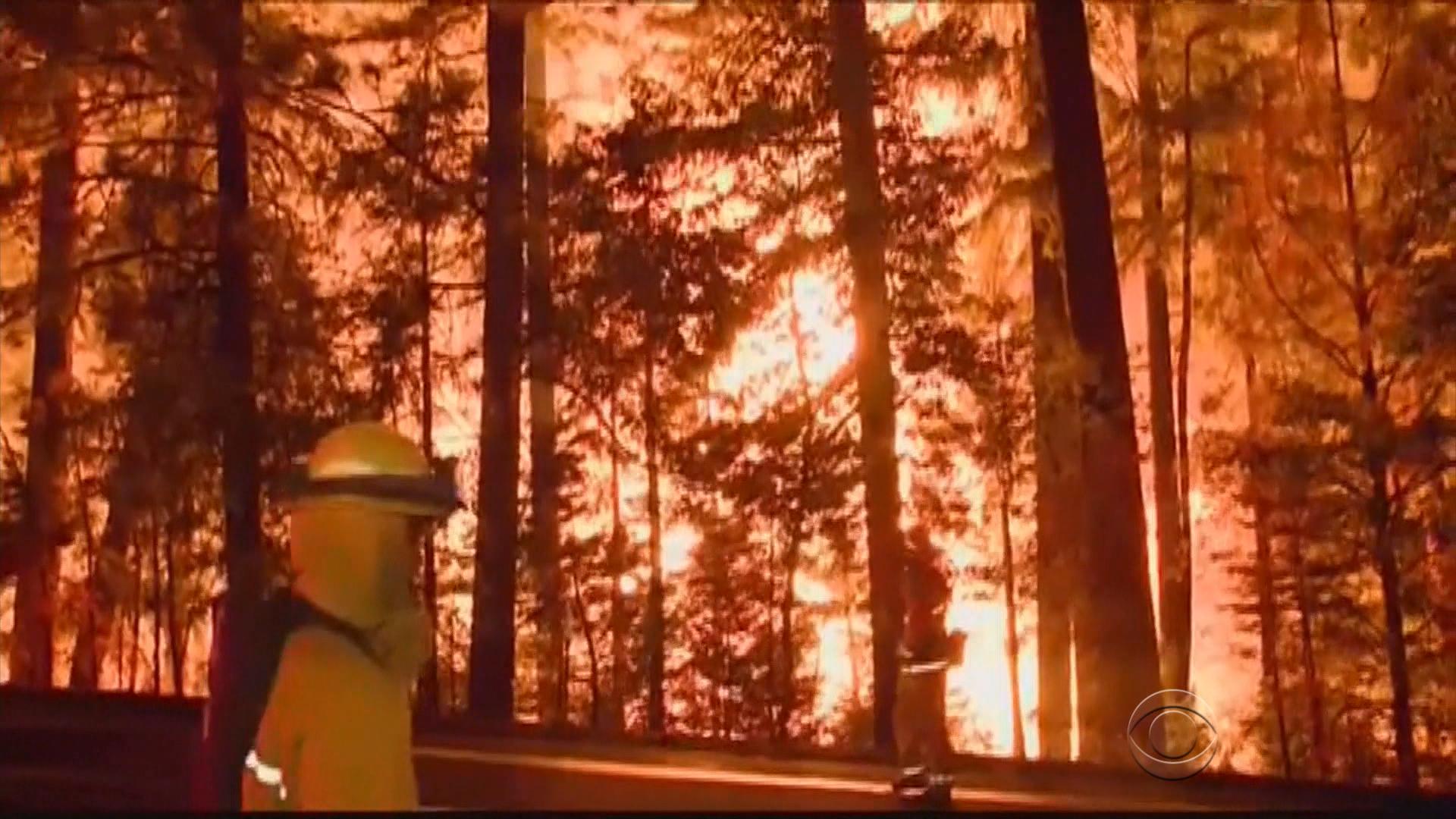 Despite a break in the weather, several large wildfires continue to burn across Northern California, as they have for nearly a week. A three-year drought has added fuel to this terrible fire season.

Even with a break in the weather, several large fires continue to burn in Northern California as they have for nearly a week. The state has dealt with extreme drought for nearly three years and with it came warnings of a terrible fire season.

In California, this was the week predictions came true. The destructive wildfires that had been warned about for months hit with explosive power.

In the town of Weed, near the Oregon border, 150 homes went up in flames so intense almost nothing was left but the foundations. Dee Houck watched her neighbor's home go up in flames.

"The fire just rushed up the hill, in a matter of minutes it was engulfed, said resident Dee Houck.

As happens so often in wildfires the destruction can seem fickle. While some residents are left with only ashes to search through others nearby are grateful their homes were saved.

The fire near Weed was still burning out of control when another alarm went off 250 miles south, not far from Lake Tahoe. Fierce winds were turning the King Fire into a monster. Cal Fire Director Ken Pimlott.

Fires are spotting over a mile ahead of the main fire," said Ken Pimlott, director of California's Department of Forestry and Fire Protection. "That means the embers that come out of these fires, the smoke column they are lofted and go way out into unburned area and start a fire."

In a single night the King Fire tripled in size, growing to 119 square miles. Nearly 3000 residents had to rush from their homes. The ever growing cloud could be seen clearly from a NASA satellite.

The King fire is now so large there is still no official count of the homes lost but Tim Roffe found out on Friday the fate of his.

Nearly 5000 firefighters are working to bring the King Fire under control at a cost of about five million dollars a day.

"We need to go out and make that land more resilient and healthy so when you do have these fires, they are not as catastrophic as they've been," said Moore. But he also says his agency does not have the money to spend on that.

What makes this fire even worse for those fighting it and those feeling the impact of all the smoke is that investigators say it was deliberately set.A man was arrested on charges of arson. He is currently being held on $10 million bail.