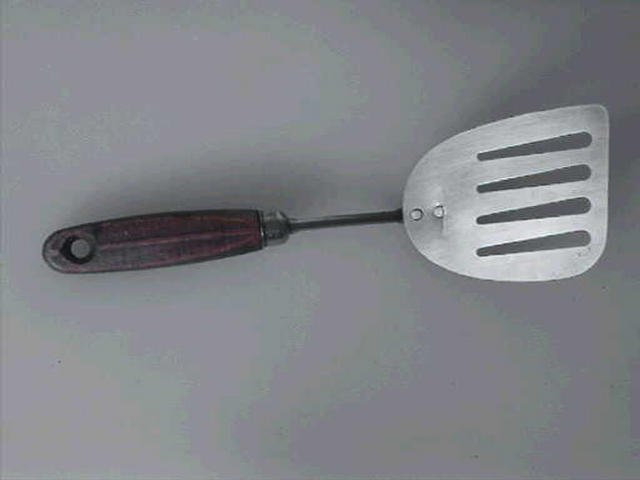 According to CBS Orlando, police said Juan Cruz Perez, 28, was arrested early Sunday morning after they responded to a call about a suspicious person punching the caller's car.

When officers arrived at the location, they say Cruz Perez was sitting on a stairwell holding an aluminum spatula, and bleeding from his right hand.

CBS Orlando says that according to the police report, the officer told him to drop the spatula several times, but he didn't comply. Instead, police allege, Cruz Perez walked toward the officer with the spatula and the officer used his electric control device - aka stun gun - but failed to make full contact with the suspect.

Instead, the officer was able to push Cruz Perez onto a vehicle, where he allegedly continued to resist arrest until he was pepper-sprayed by the officer.

The spatula-wielding suspect was taken to the Orange County Jail after being medically cleared for a cut on his hand, and was being held on a bond of $5,150, CBS Orlando reported.