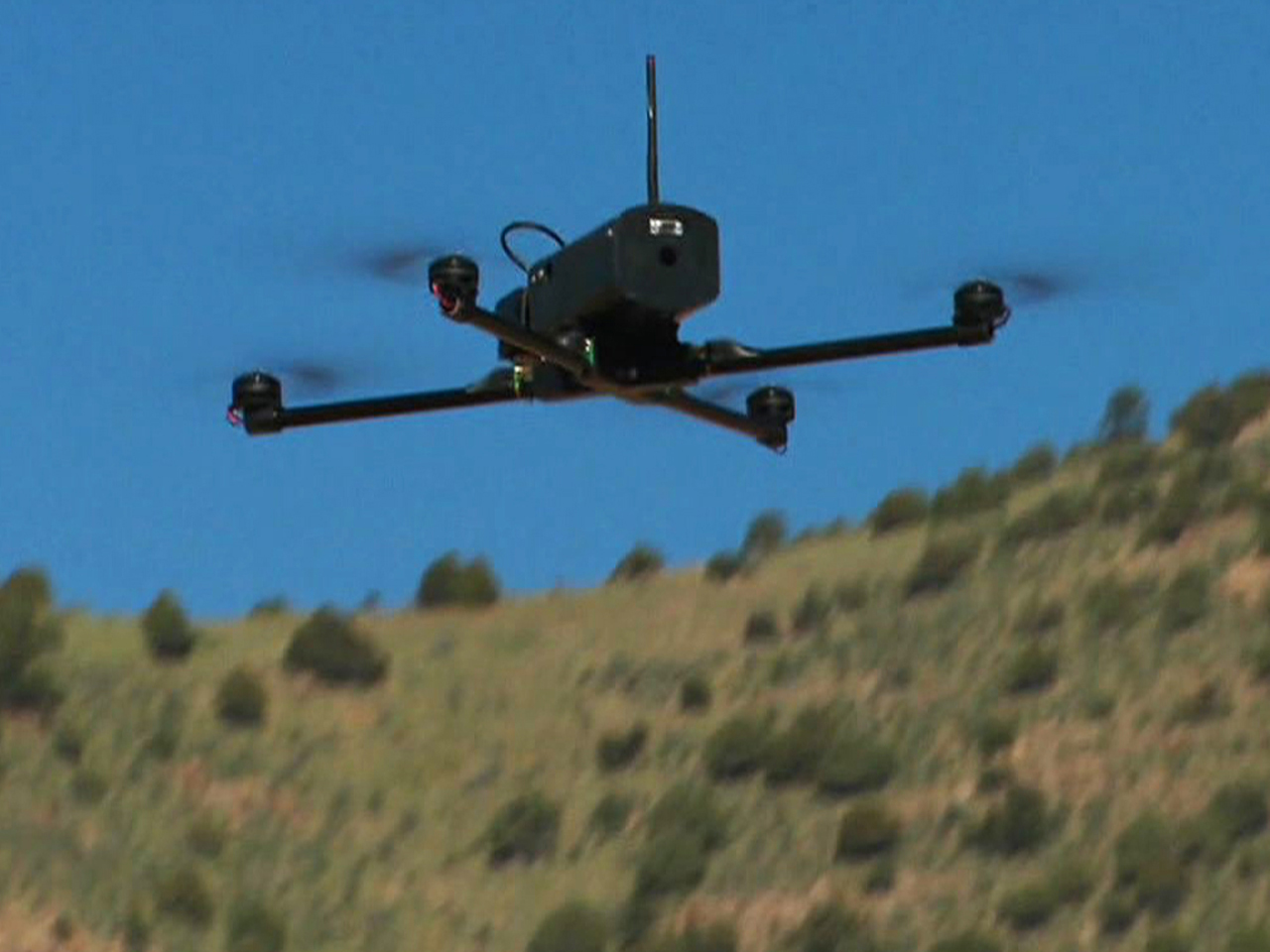 Unmanned aircraft are getting more affordable. Companies are pushing the boundaries of drone technology -- and now, that includes protecting nature.

In Morrison, Colo., near Denver, a group is finding new use for its drones, 9,000 miles away.

In the U.S., the Federal Aviation Administration is still working on regulations and standards for drones, but overseas in Africa, unmanned aircraft are already being used over game parks, reports CBS News correspondent Jeff Pegues.

Even at night, thermal imaging drones can track wildlife. With an eye in the sky, drones are able to do things humans could never do.

In places like Namibia, drones -- unmanned aerial vehicles, or UAVs -- have been purchased to monitor game parks and to track poachers.

Crawford Allen, director of The World Wildlife Fund North America, said, "The poachers out there know that there is something in the sky that is looking for them. ... We think (drone technology) is going to be an important tool that will help produce far more effectiveness in protecting these precious species."

The World Wildlife Fund is working with the government of Namibia by providing technical help as the country's park rangers learn how to fly the drones.

By traveling above the herds, the UAV doesn't disturb the habitat, except in rare cases, such as when a Marshall eagle thought it was prey.

The drone actually was a falcon -- at least that's what Chris Miser called it when the former Air Force engineer came up with the design. His company took flight three years ago.

"This is another technology that's going to change the way we do business in the world -- just like the Internet or cell phones or anything along those lines if it allows people to save money, save lives and create jobs then it's definitely going to have its place."

It's finding a home in parts of the world where high-resolution cameras on drones can cover a lot of ground by capturing hundreds of images.

In addition to the ability to see at night, the drones, Miser said, are "able to be incredibly quiet so you can't detect them."

In the U.S., the technology has led to a boom that is creating legal challenges to the FAA's limits on commercial use. It may be another year-and-a-half before regulations and standards are in place.

With their focus now on Africa, the World Wildlife Fund is counting on the technology to be a model of future conservation efforts in the U.S. as well.

Allen said, "It's important that the message goes out that these can be used for positive good. These aren't weapons of destruction, these are weapons that in this case are going to help save species from extinction and help keep rangers alive on the ground, so it's really critical."

The idea of using drones for conservation efforts is being endorsed by Google, Pegues added on "CTM." The company has given the World Wildlife Fund a $5 million grant over three years for their work with drones in Namibia.