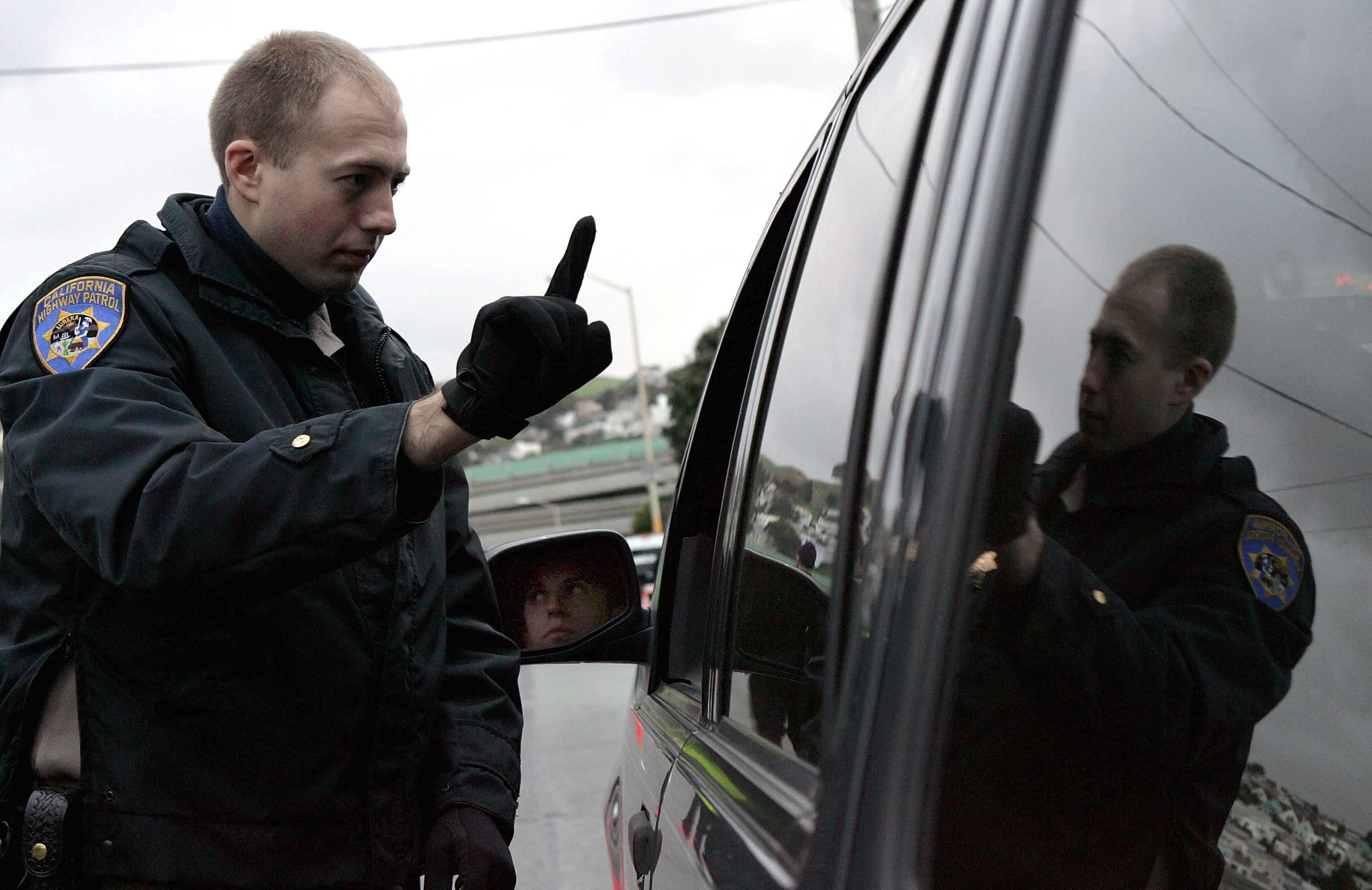 PORTLAND, Ore. -- Though the developers of the soon-to-be released "Driving While Black" smartphone application want motorists to download their product, there is a time when they definitely don't want users searching for it.

"Do not reach for your phone when you are talking to police," stressed Melvin Oden-Orr, one of two Portland lawyers creating the app.

Avoiding moves that could make police think you're reaching for a gun is just one tip included in the app that educates drivers about how to safely deal with police during traffic stops.

Despite its attention-grabbing name, Oden-Orr said the app due for release in late December will provide common sense advice to motorists of all races and outline what civil rights you have during a stop. With the phone hopefully in a hands-free device, the app allows drivers to send an alert to friends and family that they have been pulled over. There's also a recording function to document the interaction with an officer.

The app is coming to market as protesters around the country keep attention on instances of deadly encounters with police in Ferguson, Missouri, and New York City. Similar apps also are aimed at helping people navigate interactions with police.

Three Georgia teenagers created "Five-O," an app released this summer that lets people rate their interactions with law enforcement. And last month, American Civil Liberties Union affiliates in four states unveiled "Mobile Justice," an app that allows users to take video of police encounters and upload the video to the ACLU. It's modeled on "Stop and Frisk Watch," an app released for New Yorkers in 2012.

The ACLU earlier this year renewed its call for an end to consensual vehicle searches by police, after a new report suggested racial profiling in Illinois is still a significant problem, CBS Chicago reported.

"It's obviously in the forefront of everybody's mind; the police know they are being recorded and people in public know they can record," said Sarah Rossi, director of advocacy and policy for the ACLU Missouri affiliate. "I think the benefit of this app (Mobile Justice) specifically is it goes straight to the ACLU and we can review it for any due-process violations."

The apps also include a "Know Your Rights" section that informs people about their rights when contacted by police.

Portland attorney Mariann Hyland got the idea for "Driving While Black" after learning of an app for drivers suspected of drunken driving. She approached Oden-Orr in April, and the two have been working on the app since summer with software developer James Pritchett.

The term "driving while black," perhaps unfamiliar to some, is common among African-Americans. A Justice Department report released last year, based on a survey of those stopped by police in 2011, suggests blacks are more likely than whites to be pulled over and have their cars searched. Moreover, African-Americans are much more likely to believe a traffic stop is not legitimate.

The issue has been on Hyland's radar since motorist Rodney King was beaten by Los Angeles police in 1991. Another key event hit closer to home. In 2003, a 21-year-old black woman was fatally shot by Portland police after she jumped from the backseat to the driver's seat during a traffic stop and tried to drive away.

Oden-Orr hosted a forum after the death, and Hyland attended. Afterward, Hyland promised she would do something to educate black youth on handling traffic stops. For years, she didn't keep that promise, and it bothered her.

The app is her attempt at rectifying the situation. Hyland and Oden-Orr say the key to surviving a traffic stop is to remain calm, keep your hands on the wheel, be respectful and make no false moves.

It doesn't sound difficult, but such encounters can be dangerous for police - putting them on heightened alert - and a driver might find it difficult to relax when convinced the stop is based on skin color.

"They describe a pattern of getting pulled over by the police, and they find it to be very frustrating and sometimes that frustration can lead to anger," Hyland said. "You have to always be mindful to check the anger."

The app will include a directory of lawyers for drivers who believe they were wrongfully stopped or searched. The app itself won't provide legal advice, such as telling users how to beat a traffic ticket.

"It's about being safe during a traffic stop so that everyone goes home alive," Oden-Orr said.