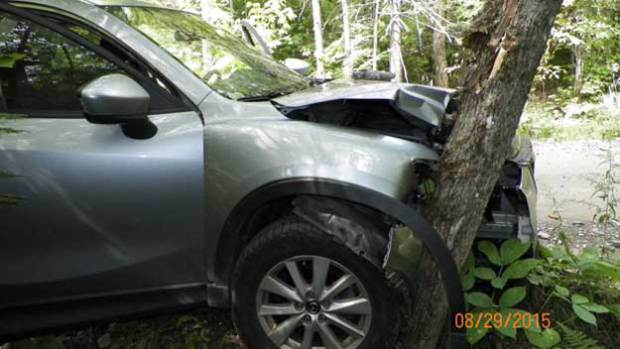 ORIENT, Maine -- A driver in Maine trying to take a selfie with his friends crashed into a tree over the weekend, according to authorities.

CBS Boston reports the driver, 29-year-old Jordan Toner, of Hampden, was in a crowded vehicle when he crashed into a tree.

Maine State Police say Toner and his seven passengers were driving in Orient when the crash occurred.

"Toner leaned over to take a 'selfie' picture with his friends, and ran off the road into a tree," police said in a statement.

One woman fractured her nose and the other was hospitalized for neck and possible back injuries.

CBS Boston reports that two other men in the car sustained minor injuries. The passengers were all in their 20s and 30s.

Toner is set to appear in court for, "Failing to maintain control of a motor vehicle due to being distracted."