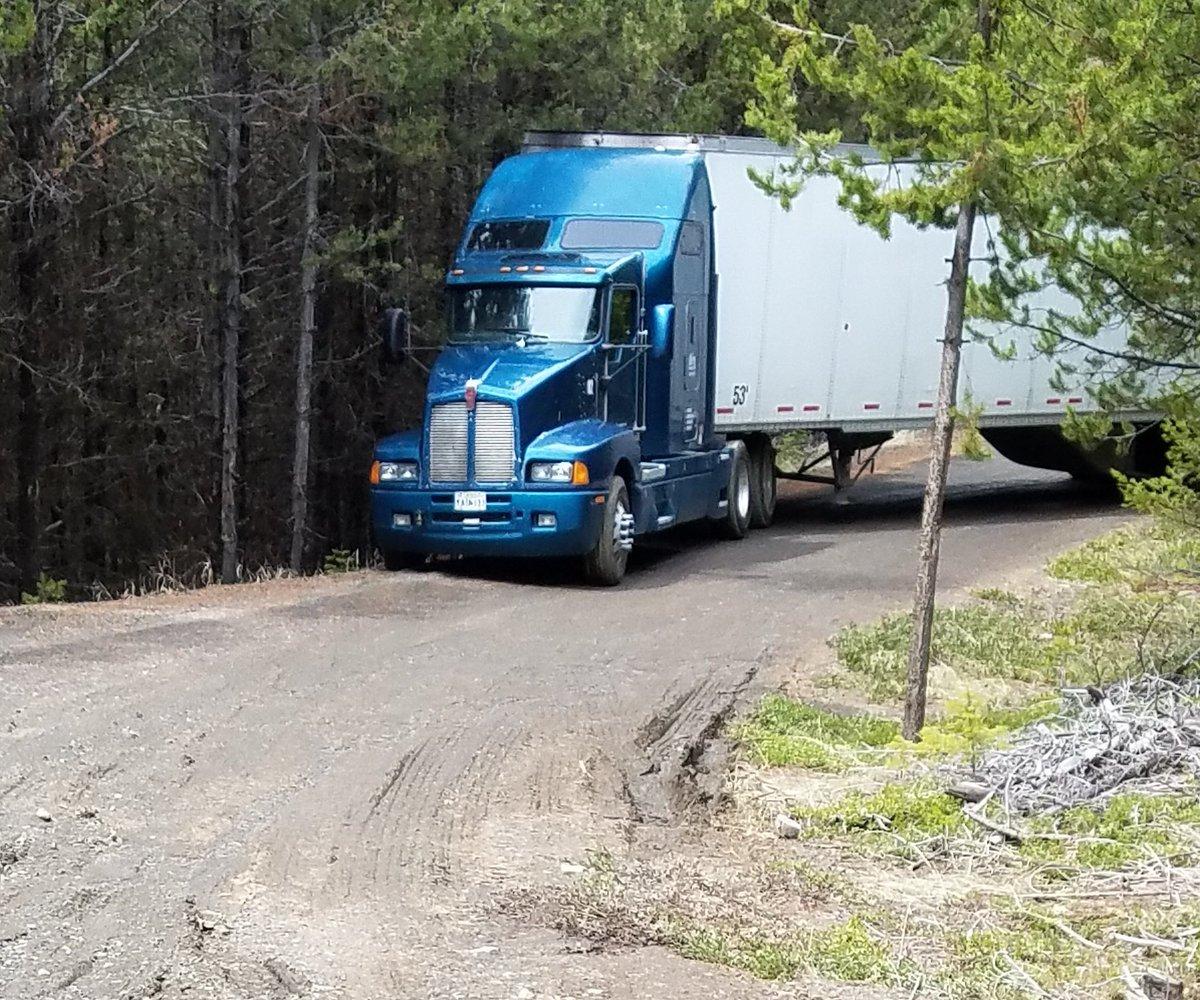 Oregon truck driver Jacob Cartwright set out to deliver a shipment of potato chips last week -- and four days later, he finally emerged from the wilderness. Despite getting lost alone in a "remote and mountainous location," Cartwright did not touch the snacks he was transporting, according to reports.

The 22-year-old works for a company called Little Trees Transportation. He left on Tuesday with a truck full of chips, following his GPS along the route -- at least he started out that way. Cartwright soon found himself off the beaten path and stuck in the woods.

He says his vehicle began sliding toward a steep embankment in the snow and mud, and he felt it was unsafe to try to move the vehicle. So he got out and walked. Oregon State Police say Cartwright climbed 5,000 feet to an elevation of 6,500 feet as he crossed snowy mountain peaks to safety.

When Cartwright was reported missing, the Union County Search and Rescue team and the state police worked together to search for him. Oregon State Police put out a press release on April 26. "Last contact was on April 24th at approximately 5:30PM, when he was in the area of Pendleton," the state police's statement read.

After walking for days in the wilderness, Cartwright made it to Interstate 84 on his own. He was able to flag down a passing motorist who gave him a ride home.

An initial investigation revealed Cartwright's GPS failed. The system took him into the mountains, where there is little to no cellphone service.

Once Cartwright got out safely, he went to Grande Ronde Hospital in La Grande, Oregon, for medical evaluation. He told authorities he unsure where exactly he got lost, but said the road he had traveled onto began with a "G." An Oregon Sate Police helicopter was deployed to search for Cartwright's truck and the vehicle was eventually found approximately 21 miles from Cartwright's last known GPS location.

All the potato chips were still accounted for inside the truck -- untouched by Cartwright or anyone else.

His boss, Roy Henry, said Cartwright entered the wrong address into the GPS. Because he'd never been to that town before, he didn't realize he wasn't going the right way until it was too late. Then he had to find his way back out.

"He said he didn't stop, he walked 12-13 hours a day all three days," Henry said. "He told me the last night, he wedged himself under a log and the ground to stay warm and stay out of the elements."

"He was so dehydrated that his kidneys stopped functioning," Cartwright's boss said.

He said he joked with Cartwright about having a truck full of chips and wondered why he didn't eat any of them.

"That's the way he was raised: that stuff's not yours, you don't touch it," Henry said.