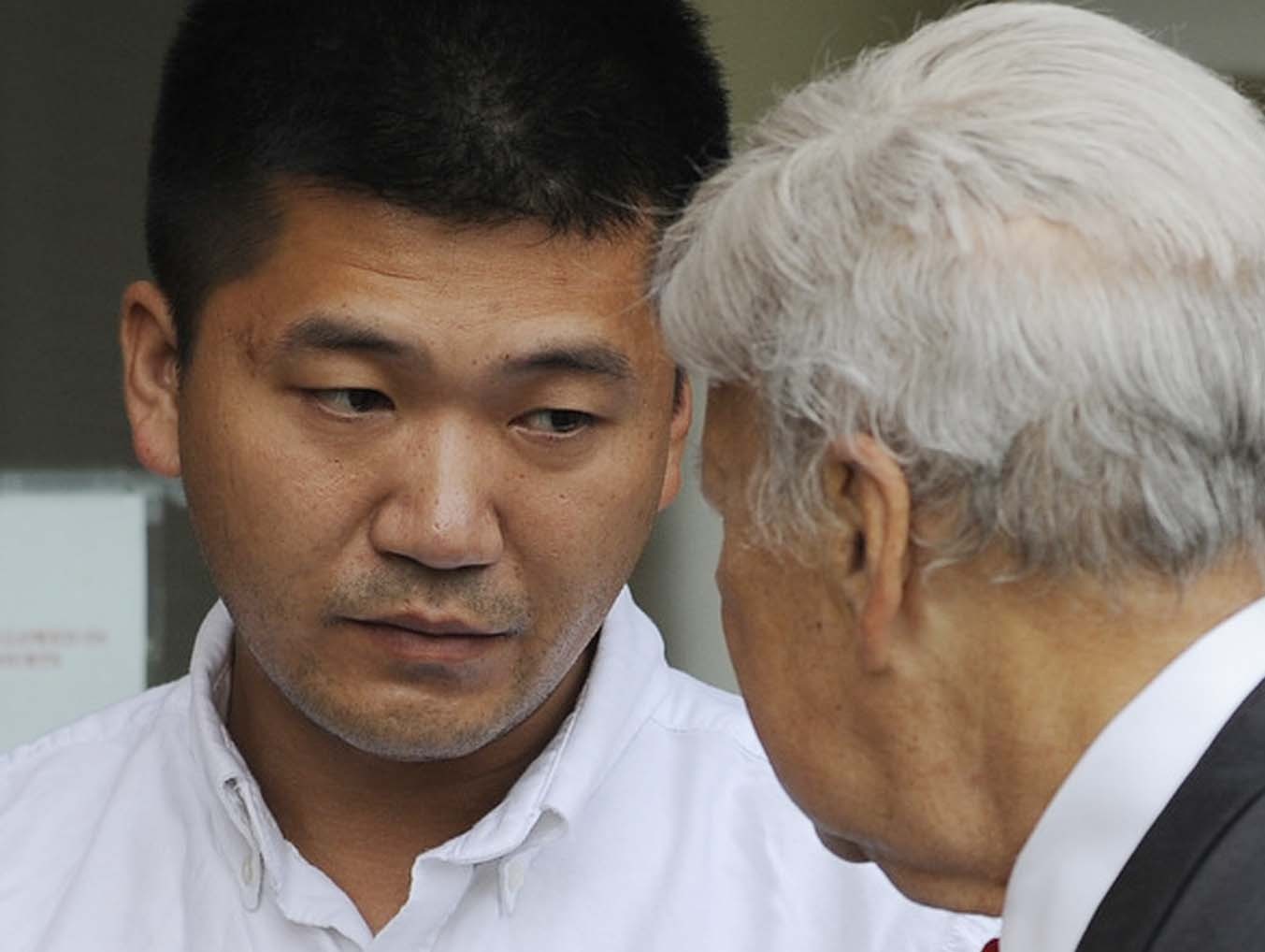 BOWLING GREEN, Va. - The driver of an interstate bus that crashed in Virginia, killing four passengers and injuring dozens more, pleaded not guilty to involuntary manslaughter on Wednesday.

Kin Yiu Cheung, 37, of New York entered the plea after a grand jury confirmed he would face four felony counts of involuntary manslaughter. A trial by judge was scheduled for Sept. 12.

Court records show Cheung acknowledged to police that he fell asleep at the wheel when the low-fare Sky Express bus from Greensboro, N.C., to New York City swerved off Interstate 95 about 30 miles north of Richmond, hit an embankment and overturned with 60 people aboard May 31.

"Under the law, this has to be an intentional disregard, reckless disregard, for human life," defense attorney Murray Janus told reporters after the circuit court hearing in Virginia's Caroline County. "My client is not guilty of that."

"It was a terrible accident and a tragedy, no question about that," he said.

A document obtained by The Associated Press shows Cheung's attorneys are asking a judge to suppress any statements he made, claiming he was denied access to counsel and wasn't properly advised of his rights. Janus would not comment on the motion after the hearing.

Prosecutor Tony Spencer was unavailable for comment because he was still in court and did not return a phone message seeking comment.

Cheung's wife, Qun Lin, attended the hearing along with their two children, ages 5 and 7. They planned to visit Cheung in jail Thursday. She said through an interpreter that the charges were not fair because the crash was an accident.

"It wasn't his fault," she said. "Me and my husband both feel really sorry."

If convicted, Cheung faces up to 10 years in prison for each felony count, one for each of the women killed in the early morning crash. Cheung, who is being held without bond at a regional jail, also is charged with misdemeanor reckless driving.

Transportation Department officials were in the process of shutting down the company at the time of the crash, but had given the Charlotte, N.C.-based company an extra 10 days to appeal an unsatisfactory safety rating.

A timeline released by the department indicated that without the extension, Sky Express would have ceased operations the weekend before the crash. Transportation Secretary Ray LaHood has directed the department to stop extending appeals periods for operators found to be unsafe.

Following the crash, federal officials shut down the bus line and then issued a cease-and-desist order against the company after finding it was trying to sell tickets under other names.

Sky Express is part of an industry of inexpensive buses that travel the East Coast offering cheap fares, convenient routes and, in some cases, free wireless Internet. The industry is in the fifth year of a boom, but a string of deadly accidents has prompted calls for tougher federal regulation.

According to Federal Motor Carrier Safety Administration records, Sky Express buses have been involved in four crashes with an injury or fatality — it didn't specify which — during the two-year period that ended May 20. The company also has been cited for 46 violations of drivers being fatigued over that same period, ranking it worse than 86 percent of commercial motor carriers.