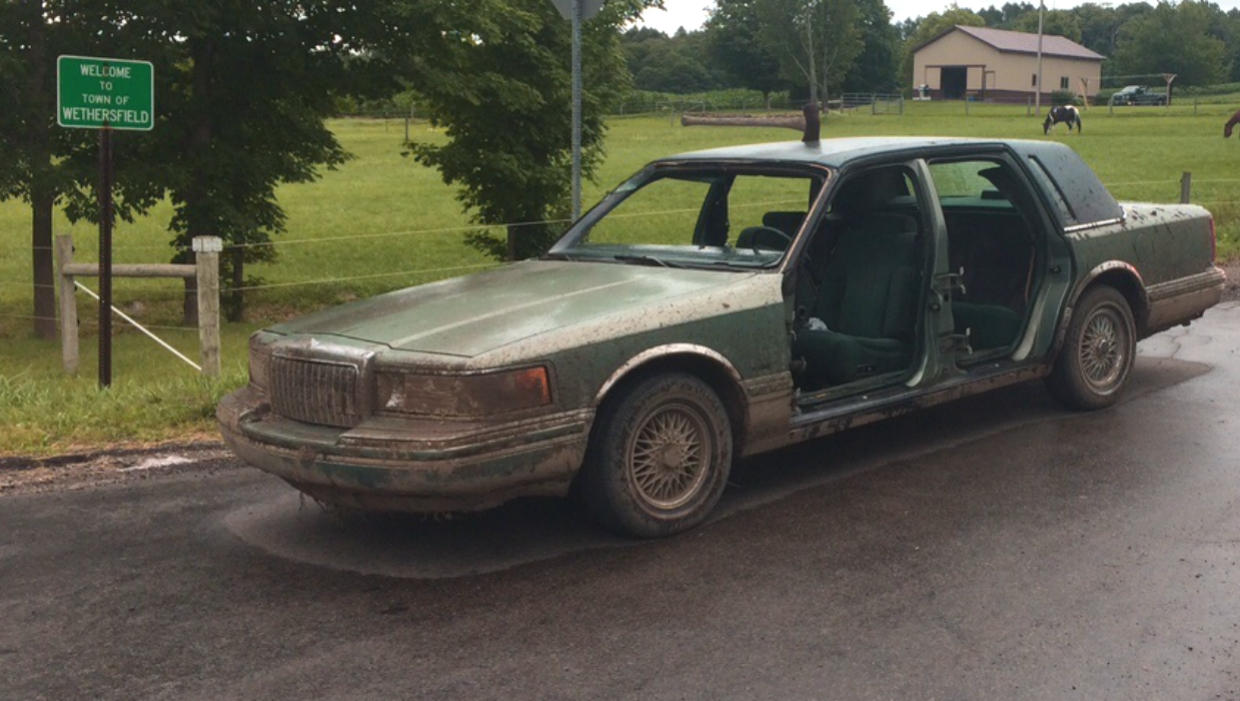 WETHERSFIELD, N.Y. — A 21-year-old man faces numerous charges after being stopped driving a car with no doors, no windshield and an ax embedded in the roof as if it were a tree stump.

The Wyoming County Sheriff's Office in western New York says Jared Price of Java was stopped in the town of Wethersfield Monday after a report of a suspicious vehicle. Deputies say he was arrested after failing sobriety tests.

Price was arraigned on various charges including driving while impaired by multiple drugs and driving an unregistered vehicle with no insurance, safety glass or license plates. He was jailed on $10,000 bail. The sheriff's office gave no explanation for the ax.

It could not be determined if Price has a lawyer to comment for him. CBS affiliate WIVB reports he was held on $10,000 bail.