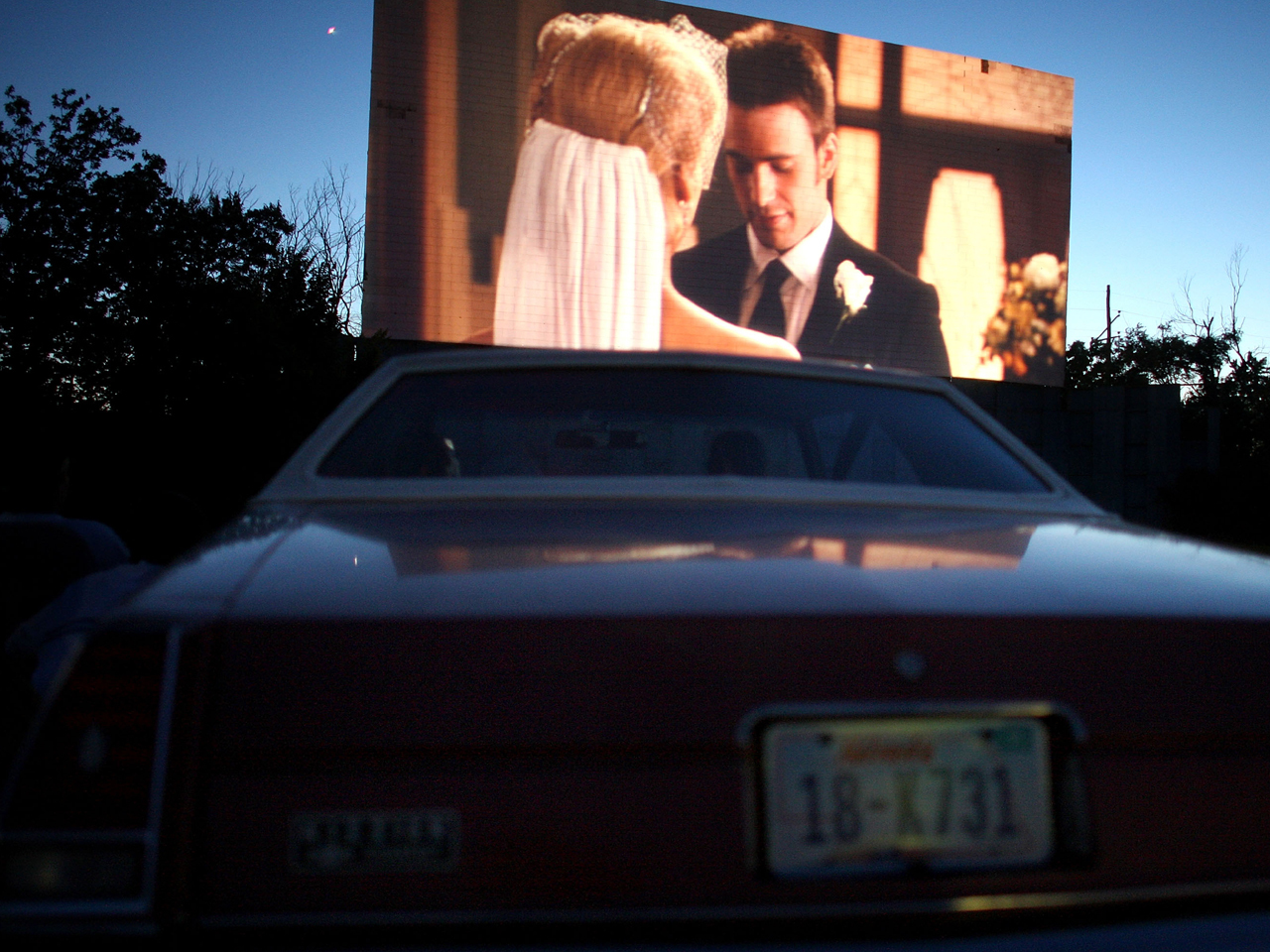 (CBS News) After years of decline in the industry, new drive-in movie theaters are starting to pop up around the country.

Recently, CBS News visited the Overlook Drive-In, in business in Poughkeepsie, N.Y., since 1947, to see why drive-ins still capture our imagination.

Movie-goer Joan Benton said it's a love of movies instilled since childhood. "I've been going to the drive-in ever since I was a little kid," she said. "You went as a child, and then you went with your boyfriends when you were dating."

The Overlook Drive-In has been a film favorite for 65 years, offering everything from animated classics to big budget blockbusters, all via the great outdoors.

Another movie-goer, Danielle McAvoy said, "My husband and I both grew up in this area and came to this exact drive-in when we were kids and we remember the experience our families had and we wanted our kids to experience the same."

So McAvoy brought friends, their husbands, and their entire brood.

Another movie-goer told CBS News, "It's fun, the kids all play around. We don't have to be in the theater, it's not, you know, 'Shhhh!'"

A past-time so popular, the drive-in often made a cameo appearance on the big screen itself, in movies like "Grease" and "Twister."

These days, there are just 364 drive-ins left. But they may be staging a revival. Six new theaters will open by the end of this year, in Michigan, Indiana, Oklahoma, Texas and California.

Film historian and critic David Edelstein said he believes there's still room for the outdoor theater. "Nowadays when you go to a drive-in, it's a sense of occasion. ... Now with more and more people watching films on-demand, at home on DVDs, you need something to get them into the theater, and the drive-in nowadays has this wonderful, kind of retro feel."

It's just the thing that keeps Joan and Floyd Denton's marriage on fairy-tale footing.

Floyd Denton told CBS News, "I work a real weird shift, overnights and it's difficult - my wife works days. ... We try to make it as often as we can during the summer."

Then there are the other things drive-in theaters are known for - car liaisons.

Rich Downing has seen it all from his post as manager at the concession stand at Overlook Drive-In.

When asked what he's seen in his 12 years at the drive-in, Downing said, "What have I seen? I can't tell you some of the things I've seen, but I see a lot of happy people. They're in a good mood, they want to come out. They want to have fun."

To watch this story, click on the video above.