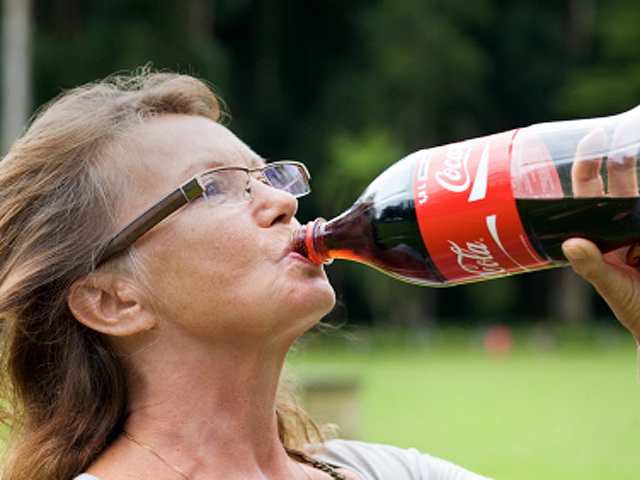 For the study, published in the Feb. 7 issue of Respirology, Australian researchers surveyed nearly 17,000 people asking about their soft drink habits. For this study's purposes, soft drinks included Coke, lemonade, flavored mineral water, Powerade, and Gatorade, and all other types of soda, the researchers said.

What does drinking soda have to do with lung health? The study authors said one reason may be drinking soda is tied to an increased risk for obesity, which raises risk for asthma and COPD.

"Our study emphasizes the importance of healthy eating and drinking in the prevention of chronic diseases like asthma and COPD," study author Dr. Zumin Shi, a research fellow at the University of Adelaide in Australia, said in a written statement.

The study did not prove cause-and-effect, only an observational link, so some experts thought many unhealthy factors contributed to the raised risk.

This study is far from the first to tie drinking soda to health risks.

A 2010 study in the journal, "Diabetes Care," found daily soda drinkers were 25 percent more likely to develop type 2 diabetes, HealthPop reported. The diet drinks don't fare much better. A study in Feb. 2011 of 2,500 adults found daily diet soda drinkers had a higher risk for stroke and heart attack than people who drank no soda.

What should people be drinking? The CDC has more information on healthy beverages, on its "Rethink Your Drink" site.