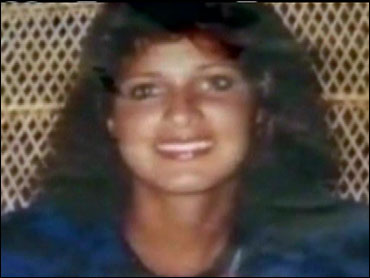 (CBS) On December 18, 2004, the third wife of suburban Chicago police officer Drew Peterson was found dead in a bathtub in her home. Although the tub was dry, police ruled Kathleen Savio's death a case of "accidental drowning" and the case was closed.

Then three years later, Peterson's fourth wife went missing and police reopened the investigation into Savio's death. Her body was exhumed and in February 2008, the Will County State Attorney's Office declared the death a homicide.

Peterson is now on trial for her murder, and one of the questions prosecutors are trying to answer is: how could investigators miss the signs of homicide when Savio's body was first discovered?

According to Andrea Zaferes, an expert in drowning and homicide investigations who consulted with the prosecution on the Peterson case, one of the problems is that when called to a scene involving someone in a bathtub, investigators already have it in their head that the death is likely the result of an accidental drowning.

"They get tunnel vision," says Zaferes. "The dispatch is sent out calling the incident a drowning, even if what actually occurred is unknown."

Prosecutors in Peterson's murder trial, which is now in its fourth week of testimony, have attempted to show that the initial investigation into Savio's death was badly botched. One witness, Will County Deputy Coroner Michael VanOver, described arriving at Savio's home and being told by an on-scene investigator that there was no need to follow "suspicious-death protocols," which would have required Savio's body to be handled in a way that ensured evidence was preserved, because they did not believe her death was a homicide.

The defense, on the other hand, argues that investigators found no proof of a struggle simply because there was no evidence to find.

Zaferes disagrees with that analysis.

"In these cases there is no smoking gun, no stab wound" says Zaferes, who runs training seminars for law enforcement on investigating drowning deaths. She says the signs indicating it could be homicide are more subtle, often an object out of place, or a break in routine.

"People are always asking about signs of struggle," Zaferes says, referring to the Peterson defense team. "There doesn't have to be any sign. When you're pushing someone under water, all they're thinking about is getting their airway clear."

Zaferes says there is no way to ascertain conclusively whether a person died of drowning. Instead, autopsies can usually rule out other causes of death, allowing death by drowning to be determined through exclusion.

Zaferes believes that, although it's impossible to know how many homicides are mislabeled as accidental drownings, "we're missing the vast majority of homicides related to drowning."

Peterson has pleaded not guilty to first-degree murder in Savio's death.