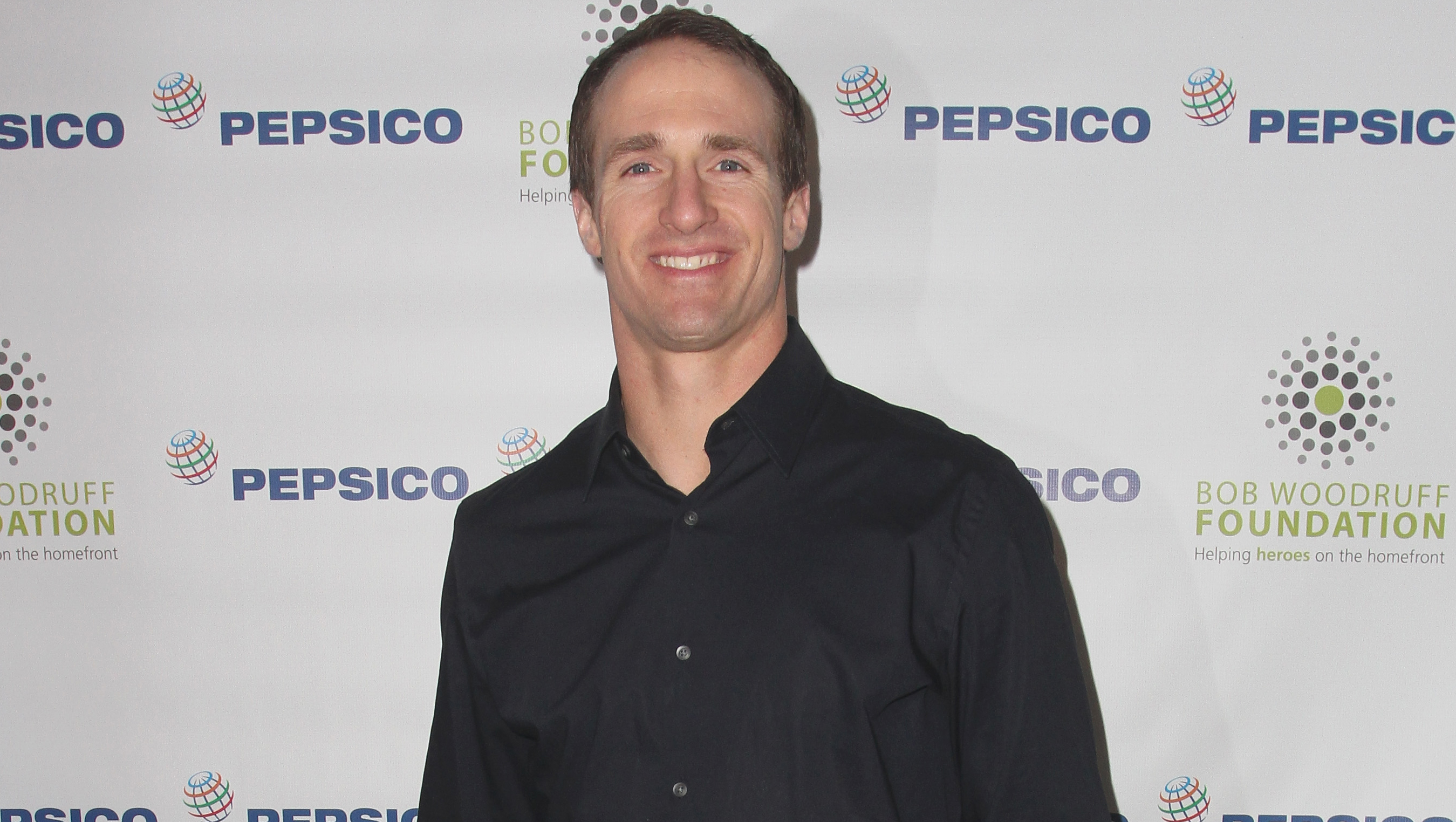 Drew Brees has been enjoying a little down time before the football season kicks into full gear this summer. But that doesn't mean he's just been sitting around.

The New Orleans Saints quarterback has continued to train in the off-season and recently started hitting the field with the guys to gear up for the new season. And so far, so good, Brees says.

"These practices are really about installing the offense and defense," the 35-year-old NFL star told CBS News. "You got new free agents, you got rookies and you're just trying kind of to see how everybody gets incorporated into the offense, defense."

When he's not on the field, the Purdue University graduate keeps busy with his three sons, Baylen, Callen and Bowen. And their family is growing: Brees and his wife, Brittany, are expecting a daughter this summer.

Read on to find out Brees' Father's Day plans and what he thinks about the upcoming season and his future in the NFL.

On his Father's Day plans: "Honestly, if I can just have a quiet day at home with my wife and my kids that's all I want because those quiet moments are rare these days (laughs)."

On what he does in the off-season: "My downtime is time with kids and time with my wife just doing things around the house because the season is so crazy and it's hectic and stressful that man once the season ends you just want to decompress for a while. You just want to get away and my best way of doing that is just to throw myself into being a husband and a father. And plus from what everybody tells me that this stage in their childhood goes by so fast. So even when things get really crazy and really hectic I just tell myself, 'You know what? We're going to miss times like this.' There's going to come a day where all of a sudden they're grown and gone and you're going to miss these days, this craziness. So we just try to embrace as much as we can."

On responsibilities as a dad: "I mean there's days where, gosh, I'm up early, the boys are up early, we're playing, we're cleaning up toys, you're cleaning up the mess in the kitchen that they are making, you're cooking meals, you're going down doing laundry, thank goodness for the Tide Plus Collection...Whether it's my wife and my sweaty workout clothes or whether it's the boys going through their jerseys and clothes that got paint on it from school. Callen, our littlest one, he loves eating pasta so whenever he eats the spaghetti sauce it's all over his face and hair, his clothes and everything else. There's always another adventure or challenge around the corner when it comes to those kids."

On expecting a child: "My wife is pregnant with a little girl due in August. The boys are 5, 3 and 1. So we'll have four at 5 and under."

On how his children interact: "They get along great. I mean they have their moments of course, but actually over the last few months especially, they have taken it to another level. Just as far as their ability to be off by themselves, playing together for a good period of time without a fight breaking out or tears or something like that. And the littlest one, they're really good with him. They try to kind of include him in on things, he doesn't know any better at this point. Callen is the youngest, he's 21 months. He gets into their stuff and they get frustrated. A lot of times he just want to be in the mix. He just wants to be with his big brothers, so he chases them around and they'll give him things to play with. They're really good with him."

On getting back on the field: "It's good, we're six months into our off-season program. Things are going well. These practices are really about installing the offense and defense. You got new free-agents, you got rookies and you're just trying kind of to see how everybody gets incorporated into the offense, defense. Some of the guys who have been in the system for a while are maybe getting opportunities that they haven't had. So you just kind of see how everybody's developing and adjusting. [You] watch your team come together and see who the guys can be -- they can be difference makers. And kind of figure out what everybody's strengths are and how you can incorporate that into what you're doing."

On staying young and keeping up with the young guys: "Especially when you have young guys, you feel like you're starting over again. You feel like that's the fun part, that's the fun and exciting part. These guys keep you young, that's what keeps your edge. You always got to be ready to cultivate the next crop of guys."

On how the season will shape up: "I hope we're going to do well, we got a tough division. Every team in our division kind of retooled so to speak this off-season. Whether they got some good draft picks or some good free agents. I mean everybody made moves that improved the quality of their team. So that always makes it more challenging, but they got better and so did we."

On the biggest takeaway from the game: "Every year is a new year and there's always another challenge. There's always something to prove. It's such a 'What have you done for me lately business?' You got to perform each and every year. And the quarterback position, you get way too much credit when you win, too much blame when you lose, but that's what comes with the territory. So you just have to accept it, embrace it. You just understand you're ability to influence the outcome of a game and your success as a team, and the way you can kind of just take these young guys under your wing and help kind of mold and develop them and just be a great leader and be a great influence. It's interesting kind of being the older guy in the locker room now, it kind of takes on a new dimension."

On his future in football: "I'm going to play as long as I'm having fun, and I'm healthy and I'm able to play at a high level. I don't see why I wouldn't. I love this game, I love the opportunity to be able to play and I think so few people get to play it as long as I had the chance to play it. It's one year at a time, there's no doubt but I'm 35. That's kind of ancient in football years, but that's a young man in the grand scheme of things. I'm just going to continue to take it one season at a time, have fun with it and enjoy the ride."

On the Brees Dream Foundation: "We just came off of one of our big fundraising events of the year, which is an event we actually do with Matthew McConaughey and his foundation, Just Keep Livin' Foundation, which does a lot of work with after-school programs in Texas and New Orleans. Our foundation, the Brees Dream Foundation, we do a lot with improving the quality of life for cancer patients and helping with a lot of children's causes, a lot of the rebuilding efforts in New Orleans. So we just came off an event in which we called the 'Amazing Face.' It's basically like the 'Amazing Race' -- it's a glorified scavenger hunt with kind of a cross between 'Divinci Code,' 'Goonies,' you know, where you're solving clues in and around the French Quarter. There are about 30 teams of four. And then we capped off the event with a concert that night and Kenny Chesney came and played an acoustic concert at the House of Blues in the French Quarter of New Orleans. Man, we raised probably three quarters of a million dollars for our charities. That was awesome. We got all kinds of different programs going throughout the city and really throughout the country right now. As it pertains to a lot of children's causes, helping to fund childcare programs, mentorship programs, rebuilding schools, parks, playgrounds, athletic fields. Just so many great things in the works right now, we are excited about all of them."