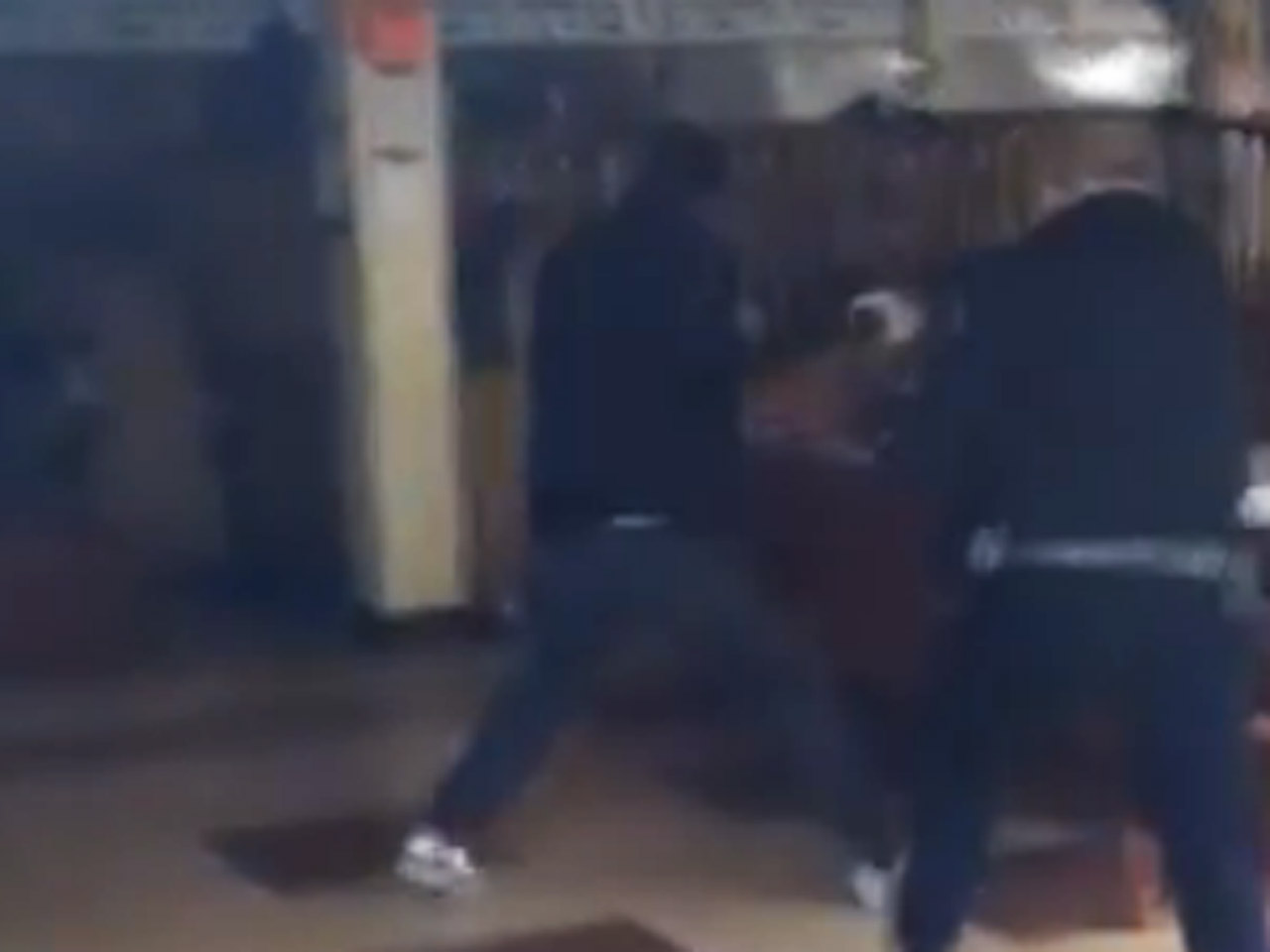 A New York City police officer shot a suspect in a Brooklyn synagogue early Tuesday after the man had stabbed a worshipper in the left temple, authorities say.

Police say the suspect placed the weapon on a nearby table but quickly picked it up again and lunged at one of the officers, who shot him once, in the torso.

He later died, police say. The stabbing victim was in serious but stable condition in an area hospital.

The gunshot and much of what preceded it was caught on video that also shows the man falling to the ground. The video was posted on YouTube.

The New York Daily News reports the worshipper is an Israeli student.

The newspaper cites a witness as saying the suspect was shouting, "I want to kill the Jew!"

It says the synagogue is the world headquarters of the Chabad-Lubavitch. That is an ultra-orthodox sect.