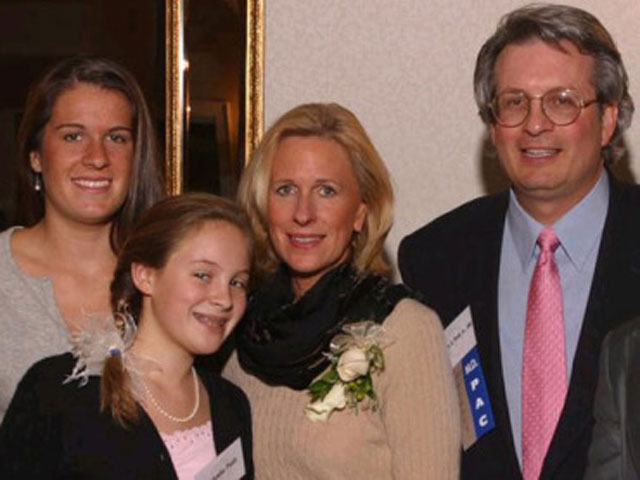 (CBS/AP) NEW HAVEN, Conn. - Dr. William Petit, whose wife and two daughters were killed in a home invasion in Connecticut, told jurors Tuesday that he was attacked with a baseball bat in the middle of the night and described how he fell, crawled and rolled in his frantic escape to a neighbor's house.

Tuesday was the second time Petit has had to talk a jury through the 2007 ordeal that left his wife, Jennifer Hawke-Petit and their two daughters, 11-year-old Michaela and 17-year-old Hayley, dead.

Petit testified in New Haven Superior Court in the trial of Joshua Komisarjevsky, a 31-year-old ex-con who faces a possible death sentence if convicted.

He also testified at the trial of Komisarjevsky's co-defendant, Steven Hayes, who was convicted and sentenced to death last year.

While Petit was not cross-examined in the first trial, he faced 20 minutes of questioning from the defense on Tuesday.

He told the jury that he awoke to a warm liquid running down his face and initially wasn't sure if it was a dream. He says he saw two people, one of whom said, "if he moves put a bullet in him."

Petit, who had blood in one of his eyes, said he was tied up and later moved to the basement, saying he held onto the rails with his fingertips so he didn't fall. He was tied to a pole.

He said at one point that he heard loud thumping sounds on the floor and his wife moaning. Then he said he heard a voice say, "Don't worry everything will be over in a couple of minutes."

"It sounded much more serious, much more sinister," Petit said of the voice.

Petit said he had struggled for hours to free himself, but the ties got tighter. "I think there were times I would fade a bit and slump against the pole," he said.

As he slumped, Petit said his weight apparently loosened the ropes and he was able to free himself.

Petit said he wasn't sure of the intentions of the men. He noted that there were two of them, that one of the men had a gun and that his feet were bound, so fighting back wasn't an option.

Petit said he hopped up some stairs to a basement door. He fell down, crawled and rolled across a lawn to a neighbor's house, he said.

Komisarjevsky and Hayes broke into the family's home in July 2007 in a robbery attempt.

Hayes forced Hawke-Petit to withdraw money from a bank before he raped and strangled her in the family's home. The girls, who had pillowcases placed over their heads, died of smoke inhalation after the house was doused with gasoline and set on fire.

Both men have blamed each other for escalating the crime. Prosecutors say they're both responsible.

Komisarjesky's attorney, Jeremiah Donovan, cross-examined Petit. Donovan asked how much he really remembered and how much he was trying to put together what happened based on what he heard from other witnesses and evidence he has since seen.

"I believe what I testified is the best of my own recollection," Petit responded.

After his testimony, Petit told The Associated Press in an interview that "it was more nerve racking" to testify this time.

Komisarjevsky is facing 17 charges including murder, kidnapping and arson, and could get the death penalty if convicted.

Complete Coverage of the Petit Family Murders on Crimesider