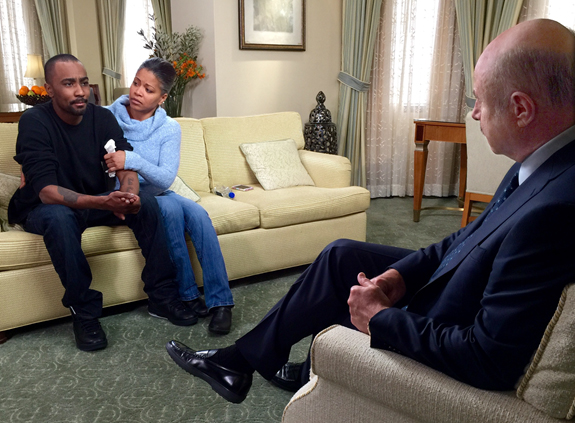 The TV personality will sit down with Gordon in what's being described as an "emotionally charged intervention" where Dr. Phil will offer Gordon, 25, treatment options as he battles drug and alcohol addiction.

According to a press release, Gordon reveals he's experienced "severe pain, mental anguish and panic attacks" ever since Brown entered the hospital on Jan. 31.

The daughter of Bobby Brown and Whitney Houston was found face-down and unresponsive in her bathtub at her townhme in Roswell, Georgia.

The Houston family released a statement on Wednesday -- Brown's 22nd birthday -- asking for prayers as she continues to fight for her life.

Not much else is known about what happened or about Brown's condition. Gordon says he's been banned from visiting the hospital (though Bobby Brown's attorney has a different story) -- and he's been very vocal on Twitter about the whole ordeal.

Gordon will be accompanied by his mother, Michelle, during the Dr. Phil intervention. She's expected to elaborate on what Gordon went through after the 2012 death of Houston. The Grammy winner was found unresponsive in a bathtub at the Beverly Hilton hotel just before the Grammys that year. She was 48.

"As we sit here right now, my son's life hangs in the balance," Michelle tells Dr. Phil, according to his website. "When Whitney was found, he administered CPR to her and called me as he was standing in front of her saying, 'Mom, why couldn't I do it? I couldn't get air into her lungs.' He won't let go of the guilt."