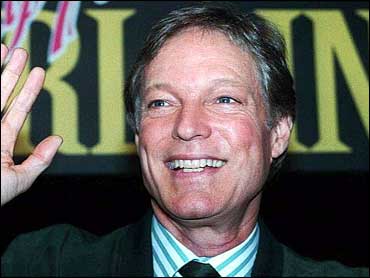 More than four decades after he captured women's hearts on television's "Dr. Kildare," Richard Chamberlain has decided to reveal his identity as a gay man "because I'm not afraid anymore."

"I'm not a romantic leading man anymore so I don't need to nurture that public image anymore," the 69-year-old Chamberlain says in an interview to air Sunday on "Dateline NBC."

"I can talk about it now because I'm not afraid anymore."

The "Dateline" interview coincides with the publication of Chamberlain's new memoir, "Shattered Love," which will be released Tuesday by ReganBooks.

Chamberlain starred as television's Dr. James Kildare from 1961-1966, and as Father Ralph, a love-torn priest, in the 1983 miniseries "The Thorn Birds." He also starred in the 1974 movie "The Towering Inferno" and the 1980 miniseries "Shogun."

Now, the actor says, everything is different.

He's talking about his longtime partner, Martin; appearing in The Advocate magazine; and discussing his difficult childhood.

"I love my life just the way it is. I'm proud of my relationship. I'm actually proud of myself," Chamberlain said.