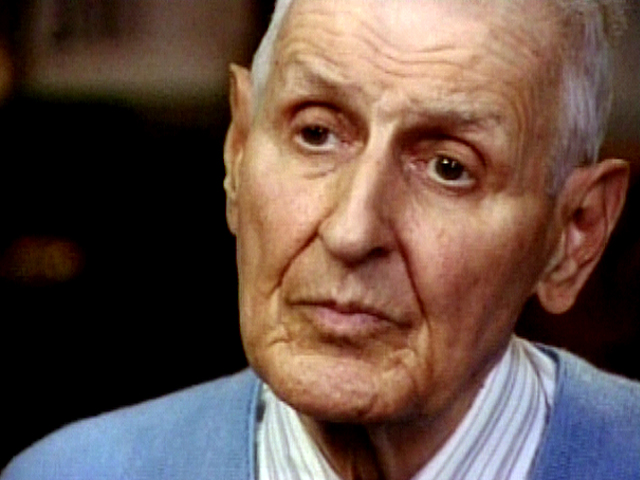 Of all the interviews he conducted for "60 Minutes," Mike Wallace often said none had a greater impact than this one.

Dr. Jack Kevorkian had long been a public advocate of assisted suicide for the terminally ill. From 1990 to 1998, he claimed to have helped end the lives of some 130 willing subjects. In September of 1998, Dr. Jack Kevorkian videotaped himself injecting Thomas Youk, who suffered from Lou Gehrig's disease, with a dose of lethal drugs.

Two months later, that videotape, along with Wallace's interview with Kevorkian, aired on "60 Minutes," sparking a national outcry. In March of 1999, Kevorkian was convicted of second-degree murder and sentenced to 10-to-25 years in prison. He was released in 2007. Dr. Jack Kevorkian was 83 when he died. He suffered from kidney and heart problems and died, according to news reports, of natural causes.