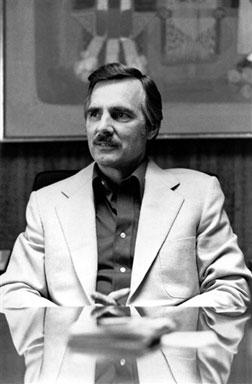 Julius Erving said today he is the father of tennis phenom Alexandra Stevenson, whose run to the Wimbledon semifinals has been shadowed by reports she is the basketball great's daughter.

"I acknowledge a relationship with her mother in 1980," Erving told The Associated Press. "My wife, who has known from the beginning, and children are aware of this situation."

"All matters concerning Alexandra since her birth have been handled privately through counsel. I am pleased to see Alexandra, at 18, doing so well and I applaud her mother's efforts and courage."

Erving said he has met Alexandra Stevenson only once and that it was "her call" about whether they would renew their relationship. He said he has been supporting her financially.

"I haven't talked to her," Erving said. "I only met her once, and she was 3 years old. She was brought to me at a basketball clinic at a public school."

Erving, a vice president of the Orlando Magic, and wife Turquoise have been married since 1972 and have four children.

Alexandra's mother, Samantha Stevenson, was reached at the entrance of the players' lounge at Wimbledon after her daughter's semifinal victory today.

She was asked four times about Erving's statement, and each time she replied, "No comment." Her daughter also declined comment.

The possibility of Erving being Stevenson's father became public this week when The Fort Lauderdale Sun-Sentinel published a copy of her birth certificate. The Basketball Hall of Famer initially denied being her father.

Erving said in his statement by telephone from Orlando, Fla., he would not make any other remarks about Stevenson.

Stevenson, who lives i California, became the first qualifier in Wimbledon history to reach the women's semifinals. She beat another qualifier, 16-year-old Jelena Dokic, 6-3, 1-6, 6-3.

"I understand they are being besieged because she won her match today," Erving said. "Getting this statement out will help."

Stevenson graduated from high school in May and is playing her first tournament as a pro. She skipped and hopped to net after Dokic hit a forehand long on match point.

An aspiring stage performer and ballet dancer, Stevenson curtsied theatrically to all corners of the Court 1 stadium as her mother hugged her coach, Craig Kardon.

The mother has stirred Wimbledon since the start of the tournament, with accusations of racism and lesbianism on the women's tour and a dispute over prize money.

"I just focus on my tennis and let everyone else deal with all that," the daughter said before Erving made his statement. "I'm quite oblivious to most of it. I haven't been reading any newspapers, just playing tennis."

Stevenson's mother is a free-lance journalist who worked as a sports writer in Philadelphia when Erving starred there for the 76ers.

So far, the mother has refused to discuss the father of her 6-foot-1 daughter.