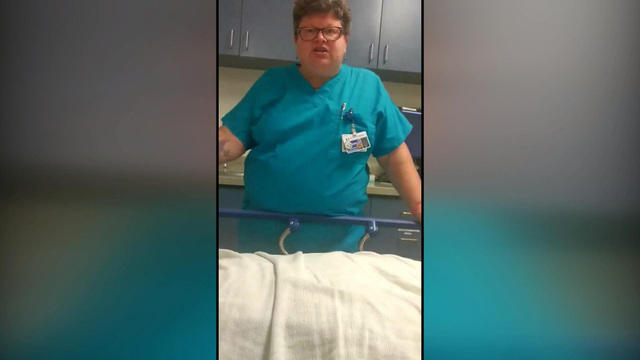 LOS GATOS, Calif. -- A Northern California emergency room doctor has been suspended after mocking a man who said he had an anxiety attack. CBS San Francisco reports that Dr. Beth Keegstra, a contract doctor with El Camino Hospital in Los Gatos, was suspended after she was recorded on June 11 questioning whether 20-year-old Samuel Bardwell was sick or just looking for drugs.

Bardwell's father, Donald, told the San Jose Mercury News his son suffers anxiety attacks and takes the drug Klonopin. But the college student hadn't picked up a prescription for two days before suffering an attack during basketball practice.

"It's just heartbreaking, you know, because I've seen him go in and out of consciousness," Donald Bardwell told the station.

In the video, she laughs and tells someone off-camera, "He must be dead." Then she turned to Samuel Bardwell and asks, "Are you dead, sir?"

She told him he was "the least sick of all the people who are here, who are dying."

Keegstra hadn't responded to CBS News' request for comment as of Monday morning.

A spokesperson for El Camino Hospital told CBS San Francisco in a statement, "We are saddened and disappointed by the physician's unprofessional interaction with the patient in the video. The physician is a contracted provider and has been removed from our ER schedule."

Samuel Bardwell told the station that Keegstra should be fired and the hospital should be investigated.