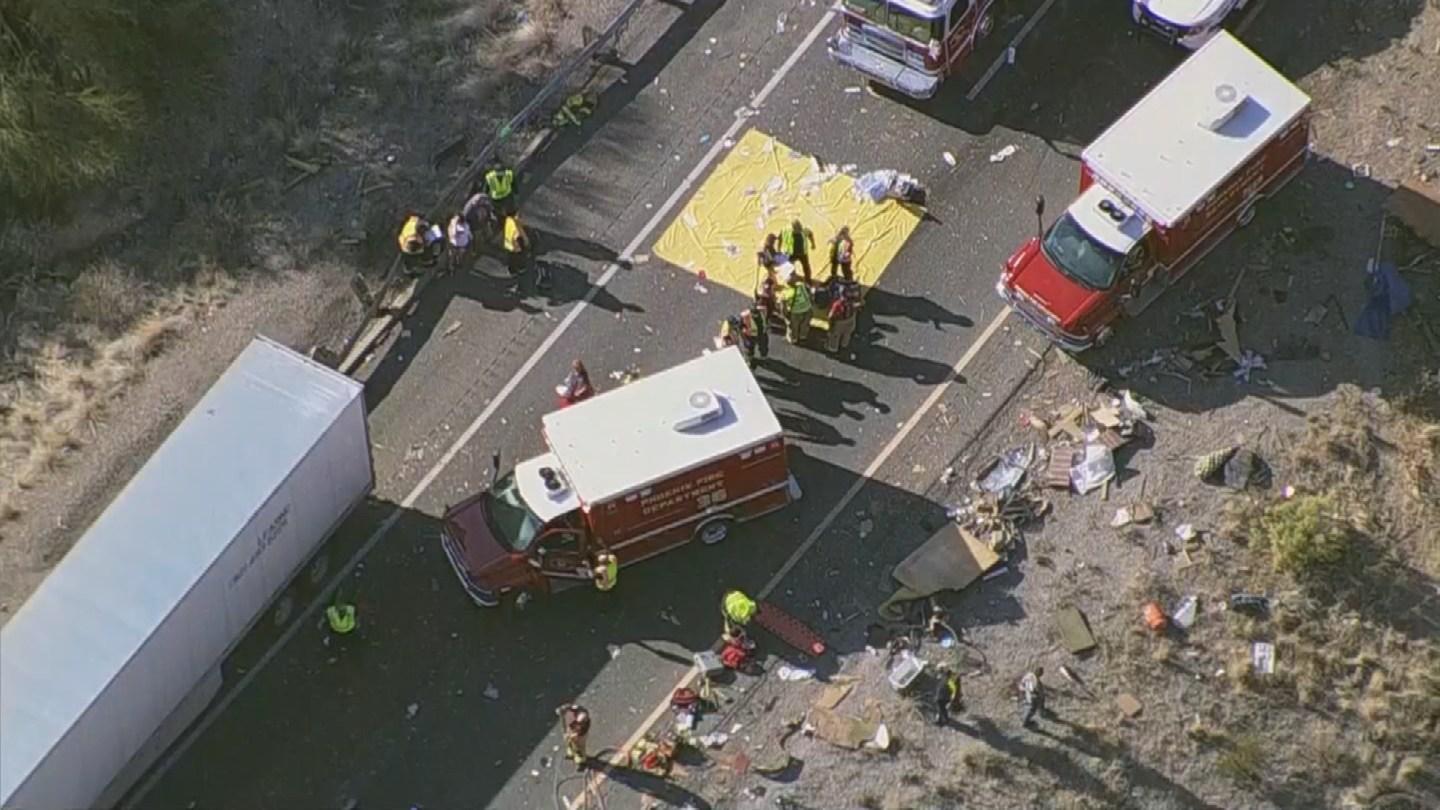 BLACK CANYON CITY, Ariz. -- Nearly two dozen vehicles were involved in a crash on Interstate 17 in Arizona on Sunday after a cattle hauler unable to stop plowed into them, Arizona Department of Public Safety troopers said, CBS affiliate KPHO reported.

Up to 20 vehicles were involved in the collision just before 1:30 p.m.

“There were very long delays on I-17,” Arizona DOT tweeted.

The four injured people were flown to hospitals with moderate to serious injuries, DPS said.

Arizona Department of Public Safety troopers were investigating why the cattle hauler was unable to stop, KPHO reported.

Garcia said several cars suffered rear or front-end damage as they were pushed off the highway.

The cattle in the trailer were uninjured.

A short time earlier, at New River, both I-17 southbound lanes were closed for a deadly motorcycle accident. The backup was close to 8 miles at one point. Once the wreckage was cleared, the lanes reopened.