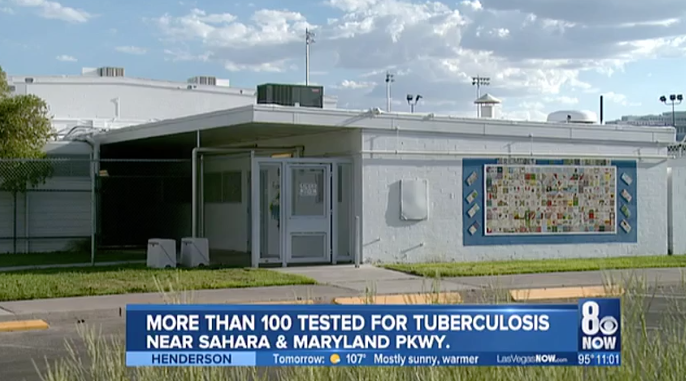 School district officials confirmed Monday that a person who was at Fremont Middle School in Las Vegas last month was diagnosed with tuberculosis.

The Southern Nevada Health District told CBS Las Vegas affiliate KLAS one person died from TB, and over 100 other people had to be tested. However, the Health District couldn't confirm whether or not the person who died was the person at the school.

The Associated Press reports that the victim was a female employee at the school.

"Providing a safe, positive learning environment for our students is the number one priority for the Clark County School District. When a school or the school district becomes aware of a health issue, CCSD's Health Services Department works with representatives from the Southern Nevada Health District to take appropriate action. Last month, when it was learned that a person who was at Fremont Middle School had an active case of TB, the school sent out a ParentLink message to let parents know that representatives from the Southern Nevada Health District would be contacting households who would likely need to obtain testing for their children. All parents at the school were encouraged to contact the SNHD if they had any questions or concerns about possible signs of TB. As the new school year begins next week, parents and staff who have questions regarding TB testing should contact their licensed health care provider or the Southern Nevada Health District."

People who have been at Fremont Middle School are urged to contact the Southern Nevada Health District to get tested. Experts say that parents should not worry about sending their children back to school next week.

if you think you may be infected, see your doctor.