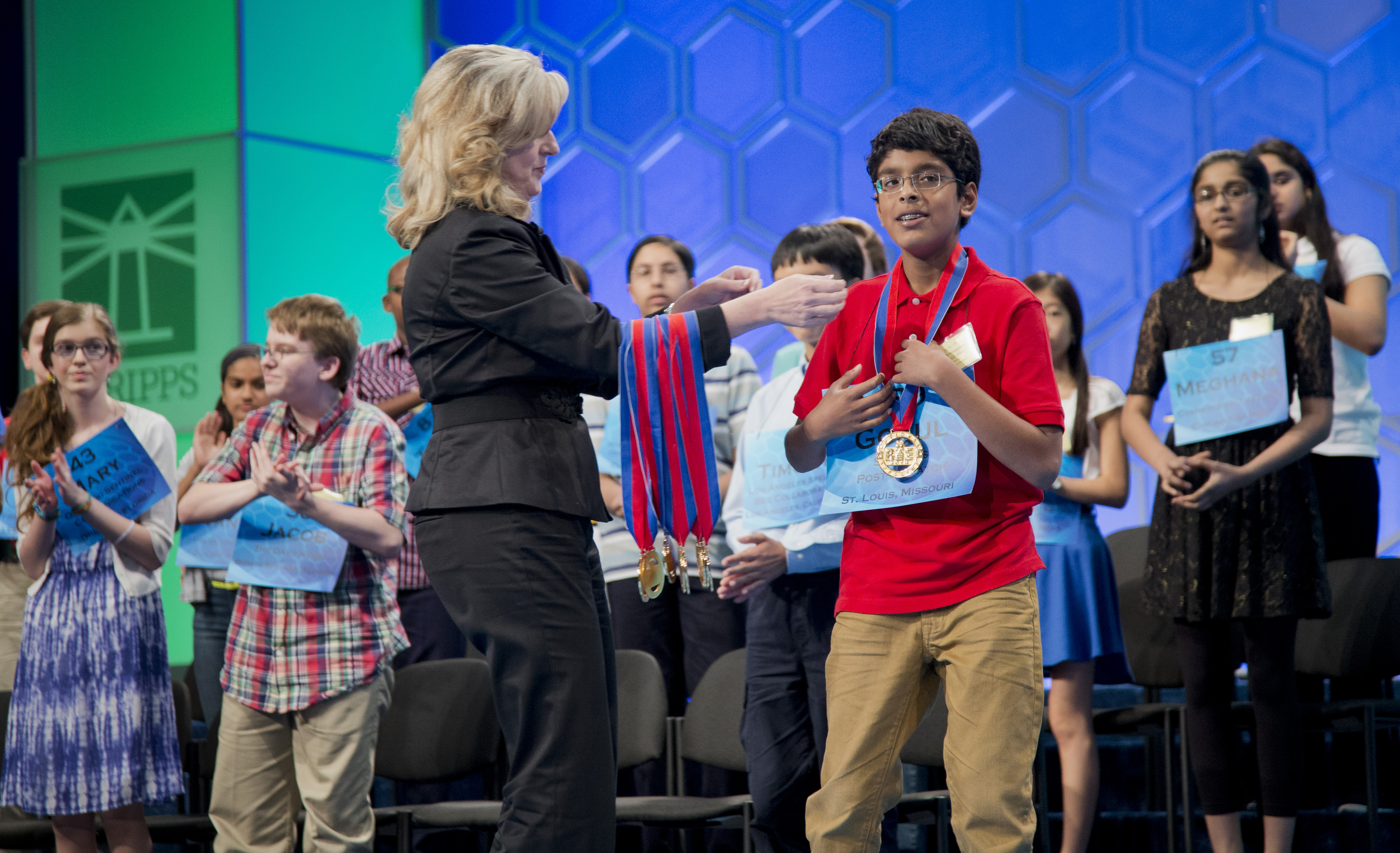 OXON HILL, Md. - Ten of the nation's most poised young spellers have made it to the finals of the 88th Scripps National Spelling Bee.

The finalists include several veterans of the competition. Thirteen-year-old Vanya Shivashankar of Olathe, Kansas, is competing for the fifth time. It's her second time in the finals. Her sister, Kavya, won in 2009. If Vanya were to win, they would be the first siblings to accomplish that feat.

Two other siblings of past champions were eliminated in the semifinals.

On Wednesday, an impressive field of 283 young spellers was narrowed to 49 semifinalists during the preliminary rounds.

The remaining spellers will compete Thursday night for more than $37,000 in cash and prizes.