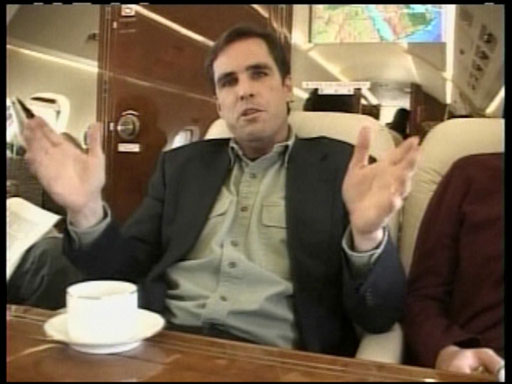 U.S. stocks were battered Friday by a combination of factors that sent investors rushing for the exists: spiraling Latin American and Russian financial crises, the prospect of more bankruptcies in Japan, and unease over Thursday's U.S. strike against terrorist targets in Afghanistan and Sudan.

Stocks recouped most of their losses late in the day as cooler heads held sway.

"What had happened is that we'd been lulled into a false sense of complacency that we were in something like a perfect world," said David M. Jones, chief economist at Aubrey G. Lanston Inc. "What has happened most recently on both political and financial fronts is the threat of a lot more instability, and thus a lot more risk if you hold stocks in terms of earnings and stock prices.

"So I think the typical global portfolio manager is trying to get out of equities and buy something safe in the form of fixed-income Treasury securities," Jones said. "It became clear this week that we're moving into a new era globally in terms of terrorism. And President Clinton, in my view, is weakened significantly by the [Monica Lewinsky] scandal."

Investors fled sinking global markets to the relative safety of U.S. bonds. Treasury bonds and the U.S. dollar surged, with the yield on the benchmark 30-year Treasury issue tumbling to a record low since the government began regularly issuing the security in 1977. The 30-year Treasury advanced 23/32, to yield 5.462 percent.

Venezuela said it will allow its currency, the bolivar, to float within a specified range - a de facto devaluation. Venezuela's IBC stock index sank 9.9 percent.

The big fear is that other Latin American countries will devalue their own currencies. Such a development would pressure Asian nations to follow suit.

Further weakness in foreign currencies vs. the U.S. dollar would have the effect of damping foreign demand for domestically produced goods. It would also make it tougher for U.S. corporations to compete with foreign firms and their cheaper goods in the U.S. market.

Russia's sense of disorder took a new turn Friday, with the State Duma, Russia's lower house of Parliament, passing a resolution calling for the resignation of President Boris Yeltsin. On Monday, Russia will announce the details of a restructuring plan to pay off its massive foreign debt.

"I don't think anybody thought that an emerging country, which Russia is, could see a meltdown as complete as that one," said David M. Jones, chief economist at Aubrey G. Lanston Inc"Basically, Russia is running out of foreign exchange reserves, with banks closing, and securities in general collapsing.

In Japan, 87-year-old trading company Okura & Co. filed for bankruptcy due to poor real estate investments and anemic earnings. It was the third-largest bankruptcy in Japan's corporate sector so far this year, raising the specter of more such announcements in the months to come.