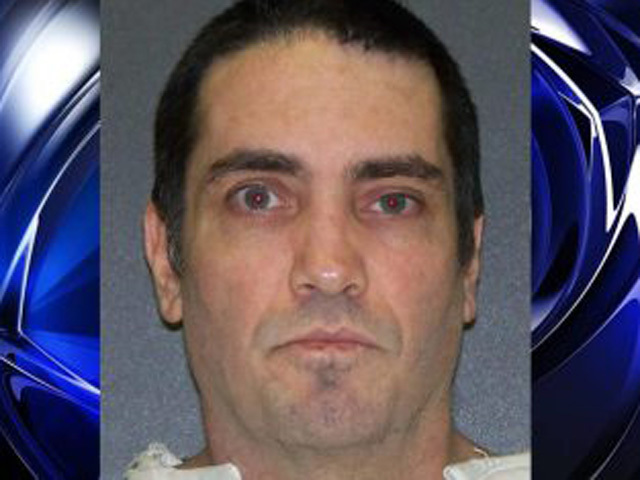 (CBS/AP) HUNTSVILLE, Texas - A former financial analyst with a history of disruptive behavior was executed Wednesday for the shooting deaths of two truckers in the Dallas area 15 years ago.

Douglas Feldman, 55, received a lethal injection for gunning down Robert Everett, 36, of Missouri and Nicholas Valesquez, 62, of Texas.

Feldman mimicked the announcement a judge or jury makes when announcing a verdict, using the names of his victims and declaring he had found them guilty of crimes against him.

"As of that time, the state of Texas has been holding me illegally in confinement and by force for 15 years," Feldman said. "I hereby protest my pending execution and demand immediate relief."

He appeared very nervous, breathing quickly and his feet twitching under a sheet. As the drug began taking effect, he grimaced twice, took a few deep breaths and began snoring. Then all movement stopped.

Feldman was pronounced dead 13 minutes after the lethal drug was injected at 6:28 p.m. local time.

Feldman's attorney, Robin Norris, filed a clemency petition with the Texas Board of Pardons and Paroles that was turned down Monday. Multiple courts, including the U.S. Supreme Court, earlier rejected appeals on Feldman's behalf.

Feldman, from Richardson, was riding his motorcycle the night of Aug. 24, 1998, and said Everett, driving an 18-wheeler, cut him off on a Dallas County freeway so he took out his 9 mm pistol, pulled up alongside the truck cab and shot him. Feldman testified at his capital murder trial that he was still angry about 45 minutes later when he spotted Valesquez, a gasoline tanker driver filling a Dallas service station, and shot him.

"A security camera catches him shooting the man in cold blood," Jason January, the former Dallas County assistant district attorney who prosecuted him, said. "Several counties were frightened as this unidentified motorcyclist was out acting like 'The Terminator.'"

Feldman was arrested more than a week later, after shooting and wounding a man at a fast-food restaurant and driving off. A bystander saw the shooting and reported his license plate number to police, who tracked him down and found Feldman with two pistols and nearly 300 rounds of ammunition. Ballistics tests confirmed one of the guns was used in all three shootings.

"God forbid I ever had my finger on the button to launch a nuclear explosive device because I guarantee that I would wipe as many of these bastards off the face of the planet as I am able!" he said in another letter.

Without remorse, he also acknowledged the killings while testifying at his capital murder trial.

Feldman became the 11th prisoner executed this year in Texas and third this month. At least seven other inmates are scheduled to die in the coming months in the nation's busiest capital punishment state

Watch Live: Police give updates amid questions over shooting response

Kevin Spacey charged with 4 counts of sexual assault
Thanks for reading CBS NEWS.
Create your free account or log in
for more features.
View CBS News In
CBS News App Open
Chrome Safari Continue
Be the first to know
Get browser notifications for breaking news, live events, and exclusive reporting.