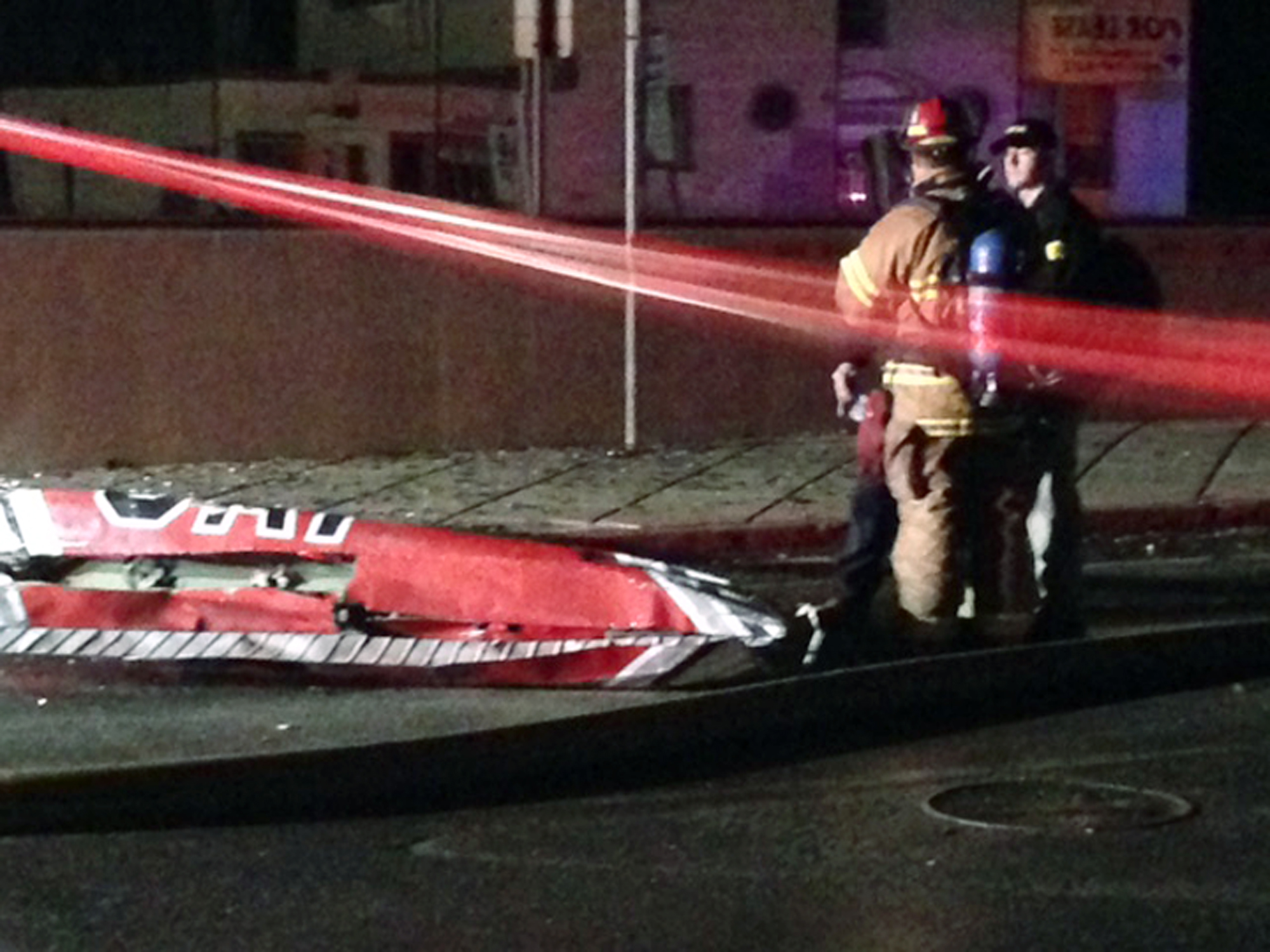 ANCHORAGE, Alaska -- The pilot of a small plane that smashed into a building in downtown Anchorage on Tuesday was not authorized to fly the aircraft used in volunteer search-and-rescue missions, authorities said.

Doug Demarest, 42, of Anchorage, died when the Cessna 172 clipped an office building and slammed into a commercial building, according to the FBI, which is helping investigate the crash.

The plane belongs to the Civil Air Patrol, a civilian auxiliary of the U.S. Air Force that is made up of volunteers who help with search and rescue, disaster relief and homeland security across the country, according to a statement from the national group. Demarest joined the patrol in 2010.

No one on the ground was hurt and there was no indication anyone else was aboard the plane, FBI spokeswoman Staci Feger-Pellessier said. Neither agency would release additional details about Demarest or how he acquired the plane.

The early morning crash happened before most businesses opened for the day in the heart of downtown, an area surrounded by offices, hotels and restaurants.

The first building hit houses a law firm, Dorsey & Whitney, where the pilot's wife, Katherine Demarest, is employed as an attorney, said Bryn Vaaler, an attorney and chief marketing officer based at the firm's Minneapolis headquarters. Vaaler said he didn't have any information about the Demarests' marital status. He also didn't know if anyone was in the firm's sixth-floor offices at the time of the crash.

CBS affiliate KTVA reports that Demarest was part of the team of lawyers that recently worked alongside the Alaska Innocence Project and the Alaska Office of Public Advocacy to free the Fairbanks Four.

Kent Haina, a 747 captain for UPS, said he was taking out his garbage when he saw the plane go down at a shallow angle and disappear behind a building. He then heard a loud thud and saw a plume of black smoke.

Haina said the wind was howling at the time.

"(The engine) didn't sound like it was in trouble, but the weather was pretty windy," he said. "I said to myself, 'It's not good weather to be flying in.'"

Clint Johnson, Alaska region chief for the National Transportation Safety Board, said the crash happened amid blustery winds but that the agency is not ruling out anything as a cause. The NTSB looks at pilot error, mechanical problems and weather in its investigations.

The plane came in over the shoreline toward downtown and clipped the corner of the office building, where some state employees work. Then it crashed into the lower side of an adjacent multistory commercial building, setting it on fire.

Crews responded quickly and had the blaze under control, fire officials said. The FBI said neither building has structural damage.

Vince Maiorano was working as a line cook at Snow City Cafe across the street when he heard the plane strike a transformer. He and a co-worker ran up to the plane to see if anyone was inside, but they didn't see anybody and were driven back by large flames that overtook the aircraft.

"We heard a loud whoosh noise when the transformer went out, and that's when the power went out on the whole block," Maiorano said.

The commercial building appeared to be unoccupied at the time of the crash, Don Tallman of the Anchorage Fire Department. Authorities cordoned off an area around the building, closing several roads.

Alaska Gov. Bill Walker was among those checking out the scene Tuesday. Because one of the buildings houses state workers, Walker said he wanted to "find out what's going on."

The Federal Aviation Administration, NTSB and FBI are investigating.