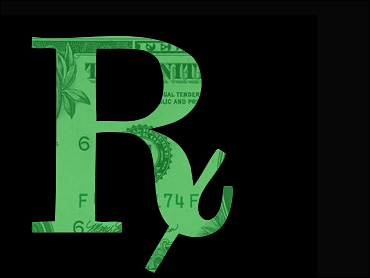 This column was written by CBSNews.com's Dick Meyer.

Only America would vilify the people that invented Viagra.

That's what's happening (sort of) this week as the Food and Drug Administration holds very public hearings on potential health risks of popular prescription pain medications called Cox-2 inhibitors. Pfizer, the company that makes one of those medicines, Celebrex, is also the company that brought you and yours Viagra.

Drug companies - "Big Pharmas" - are the villains of medicine and health care, at least according to much media, many politicians and lots of polls. The logic of that blame is perverse. I think it also shows a stunning and very American ingratitude.

Our scapegoating of drug companies says much more about us than them. Our childish and unrealistic view of drug makers rests on twin towers of American infantilism. We want something for nothing. And we want to be protected from all risks and compensated when bad things happen, when we become "victims."

The population of Western nations at the start of the 21st century is by far the healthiest population in human history. We take that for granted. We routinely expect what in truth are medical miracles. And we expect these miracles to come for free - and risk-free. Reality, of course, doesn't work that way. And so we affix blame: on insurance companies, on HMOs, on doctors, but mostly, these days, on drug companies.

We expect drug companies to be altruistic, not to be motivated by profits, unless, of course, we have pharmaceuticals in our union pension plan or 401(k). We expect them to invent in just a few years medicines that will be used for decades without side effects. We expect perfect regulation of these companies. And we expect that if anything ever goes wrong, we should be able to sue the pants off the drug companies and get compensated.

These are not grown-up expectations. I'm not arguing for one second that drug companies are altruistic, virtuous or even good. They are publicly traded corporations, no better or worse than car companies, media companies or real estate companies. I don't think they are more or less greedy or corrupt than companies in any other sector of the economy. Sometimes, some people in these companies lie, cheat and steal. They are not exempt from that because they make medicine. And just because they make medicine, their malfeasances are not quantitively more evil than those of other corporate evildoers.

Personally, I am incredibly thankful for drug companies. People I care about deeply are alive and full-strength because of drug companies. I think that is true of every single person reading this sentence. My father got an extra decade from drug companies and it turned out be one of his best. I wish my mother had been so lucky when she was diagnosed with now treatable cancer in 1970.

One thing that drug makers are unfairly blamed for is being the prime cause of health care inflation. Science and business writer Malcolm Gladwell has eviscerated this myth in an especially easy-to-read way in The New Yorker.

For one thing, medicine costs make up only about one-tenth of overall health care spending. Little of the increases in year to year spending on prescriptions from increases in the prices patients pay; most of it comes from increases in how much medicine Americans are getting - and that is a good thing on the whole.

Gladwell and others cite asthma as a classic example. In three years in the 1990s, spending on asthma medication doubled. That was because more people were properly diagnosed with asthma and given effective treatment, not because the price of asthma drugs increased. In 2003, asthma drug spending went up 26 percent mostly because doctors started using new, more effective drugs and they are, in fact, more expensive.

When more people use more effective drugs, overall health spending costs are lessened and national productivity goes up enormously, but in incalculable ways. This argument has been made over and over again, but it doesn't sink very deeply into public opinion and press coverage. In low income areas where asthma is rampant, for example, more kids are taking Singulair instead of going to the emergency room. HIV-positive people live happily and productively for years and years - unimaginable a decade ago. New medicines help depressed people function and flourish, as can people with severe arthritis and many, many kinds of cancer. Try adding all that up.

But drug company carpers - and that's most of us - insist that these new drugs are still too expensive, that we're getting gouged and that drug companies get to keep their patents too long. And besides, government funded research is behind a lot of breakthroughs. It doesn't have to be that way - just look at Europe where fancy new drugs are much cheaper.

Again, while noting a social or cultural point - that this approach is an unrealistic cry for a gourmet free lunch - allow me two quick wonkish points.

Generic drugs are cheap in America and not so cheap in Europe; overall spending on medicine is not so different. In Europe, there are government pricing policies for new drugs that American pharma critics like.
But a study last year by the consulting firm Bain & Company showed that Europe, in part because of these policies, is developing far fewer new medicines.

America is outspending Europe on medical research and development and benefiting from that. One way of measuring that is by counting the number of things called new molecular entities that have been produced. From 1993 to 1997, Europe developed 81 NMEs to America's 48; in 1998 to 2002, America produced 85 NMEs to Europe's 44.

All of what I'm arguing, of course, assumes that Americans are fairly rational consumers of health care products and services. But when it comes to medicine, we Americans don't think of ourselves as consumers. We're a coerced cohort. We don't choose to buy medicine, we have to buy medicine. We have to because we are victims. So someone else should have to pay. We think we essentially have a right to risk-free miracle cures, as a health economist named J.D Kleinke articulately points out.

Critics don't want drug companies to advertise like other companies. They say the money should be spent to make drugs cheaper, which is a bogus point. Really the criticism reflects the deeper attitude that patients shouldn't be treated as consumers and accorded any knowledge, accountability or responsibility.

Pharmas get sniped at for trying to lure patients to their medicines with ads. Sure they do that, but unlike with car and sneaker ads, a consumer can't just buy the product. He or she has to go to a doctor. And maybe even through a special consulting company (a pharmacy benefit manager) that helps corporations control drug spending for their employees. When a patient uses an expensive prescription drug for heartburn when a cheap over-the-counter might work just as well, we blame the drug company. But isn't the doctor more or equally responsible?

There are many in this country who do not get the medicine they need because they are too poor or uninsured. We also scapegoat drug companies for this. They should make the drugs cheaper or give them away to the poor or the old. But the decisions about how medical care is distributed in this country are our decisions, collectively, through elections, laws and government. "It is only by a spectacular feat of cynicism that our political system's moral negligence has become the fault of the pharmaceutical industry," Gladwell wrote in "The New Yorker."

It is also a spectacular feat of ingratitude to not appreciate the lives saved and bettered by new medicines in the past few decades. Drug companies aren't saints, but they aren't sinners either. And they surely shouldn't be our scapegoats.