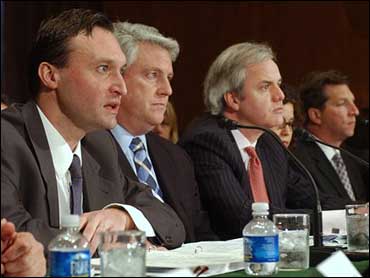 Wall Street has been on edge for a couple of weeks now because of the collapse in the subprime loan market.

Subprime loans are the mortgages that are sold to homeowners with less-than-stellar credit records and a lot of folks who work hard but just don't make that much. With record low interest rates the last few years, these loans made it possible for many folks who have been left out of the housing market to get in.

Problem was, many of the loans have adjustable rates. As the rates adjusted upwards and the dollar amount on the payment went up, it was more than the mortgage holder could handle.

Some communities have started programs to help folks hang on to their homes, but it's also been suggested that the subprime lenders get bailed out.

One idea I like, the other is nuts. Every low-income homeowner instantly becomes more invested in where they live — that's good. Writing checks with tax money for bad business decisions is not.