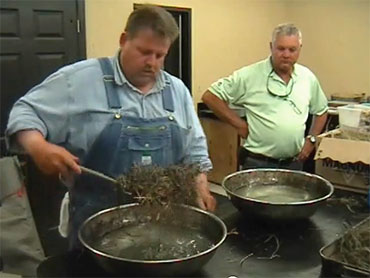 "It depends on how much time you have, how creative you are, and also what the kids want — some have really set ideas on who they want to be," Woodruff says.

She offered a wide range of suggestions on directions spooked parents could go in, with the holiday fast approaching.

Some of the most popular ones available in stores focus on characters from the big screen. Aside from the usual superhero favorites such as Spider-Man, characters from recent animated films like "Shrek" and "Shark Tale" have captured the imaginations of many kids