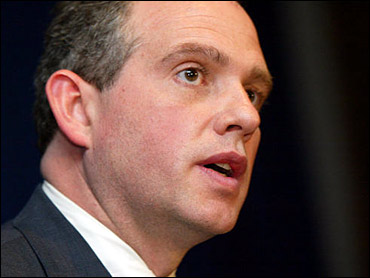 Hope for all four came in the form of a Rhode Island organ donor. But those hopes were shattered when it emerged the donor had an extremely rare rodent-borne infection - possibly from her pet hamster - when she died of unrelated causes.

A few weeks after the transplants in mid-April three patients died: a liver recipient and a double-lung recipient, both from Massachusetts, and a kidney transplant recipient from Rhode Island. Another Rhode Island patient who received a kidney became ill, but is recovering.

Public health officials who announced the deaths Monday said it was only the second documented case of the lymphocytic choriomeningitis virus, which is associated with exposure to rodent waste, being spread through an organ transplant. They stressed that the LCMV virus is rare in humans.

"We would encourage people who are on the (transplant) waiting list not to be concerned with this," state health director David Gifford said. "This is an extremely rare and unusual event."

Health officials discovered the connection between the donor and the patients after a doctor at the Rhode Island hospital where one of the transplants was performed reported an unusual viral death. Investigators traced the death to the organ donor.

Gifford did not identify the patients.

Gifford said there are no plans to begin testing other donor organs for the virus since it is so rare and testing could take several days, potentially making the organs unusable. He said he believed there is no commercially available test for the virus.

Two other people received corneas from the Rhode Island donor in operations outside the United States. Officials from the federal Centers for Disease Control and Prevention said they are investigating where those corneas went.

The LCMV virus is commonly found in house mice but usually produces only flu-like symptoms in humans. It has also been associated with neurological illness and miscarriage in pregnant women.

In this case, however, the victims were transplant recipients, who were taking very large doses of immuno-suppressant medication as part of their treatment, which can allow viruses to grow and multiply and cause an "overwhelming infection," Gifford said.

Only one previous instance of LCMV causing a transplant-related death has been reported - in Wisconsin in December 2003 - but it wasn't definitively linked to rodent exposure, said Dr. Matthew Kuehnert of the CDC.

CDC investigators are testing the dead hamster, purchased at a Warwick pet shop, to confirm the virus as the cause of the recent deaths. "We believe the hamster was the source, but we can't rule out a common house mouse," said CDC spokesman Dave Daigle.

By Eric Tucker and Marilynn Marchione