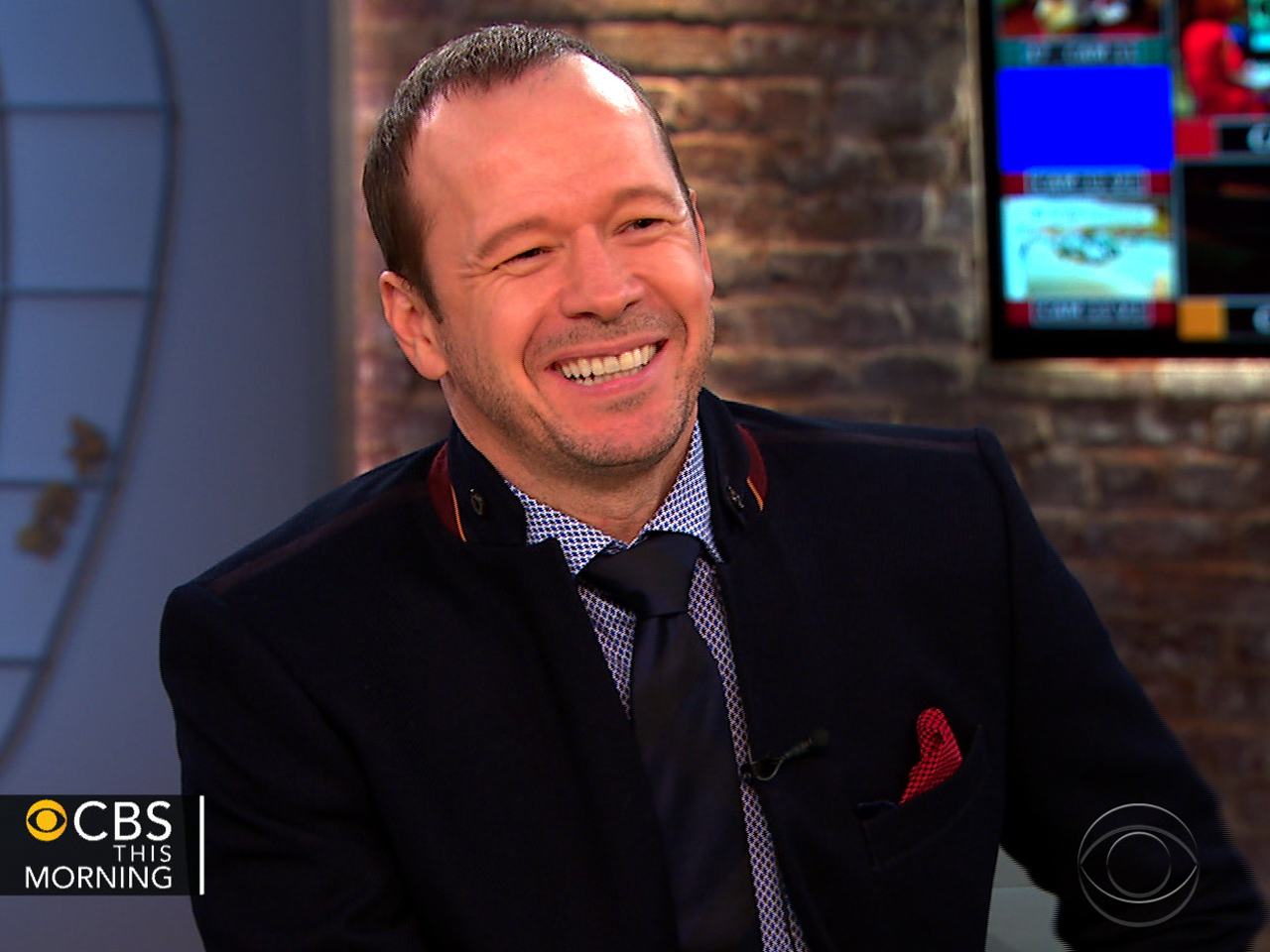 Wahlberg has been called the "engine that drives the show" by executive producer Leonard Goldberg. Responding to that comment, Wahlberg said on "CBS This Morning," "Being on the show with Tom Selleck, it's hard to take credit for being the engine. I may help put some wind in the sails, but Tom Selleck is a great leader for us. He's an amazing example. He's been doing this for so long. Just to work with him every day, it's a real treat."

Wahlberg live-tweets during the shows to fans, and said on "CTM" Twitter has helped him come to terms with how he manages his fame. Wahlberg, who skyrocketed to fame during his teen years as part of the pop group, New Kids on the Block, said when he was growing up in the spotlight he wasn't ready for the negative attention he received.

He recalled, "I would read criticisms in the local papers where I grew up. I wanted to be in those newspapers and now I am for all the wrong reasons. All I was doing was making pop records and I'm splashed on the pages for this and all these wrong deeds.

"Twitter helped me as an adult because I realize if I shine a light on the one negative comment and don't pay attention to the three million positive ones that come in, I'm bringing attention to the negativity," he said. "I've learned to ignore the bad stuff and focus on the good stuff and I have the power to eliminate the negative stuff if I choose to, and that's what I choose to do."

For more with Wahlberg on his tough upbringing in Boston, why he wants to swim with sharks and what makes a good burger, click on the video in the player above.

The book, "New Kids on the Block: Five Brothers and a Million Sisters" by Nikki Van Noy is now available. The book was published by Simon & Schuster, a division of CBS.

"The Price is Right" is returning with no live audience

The history of discriminatory housing policies against Black Americans