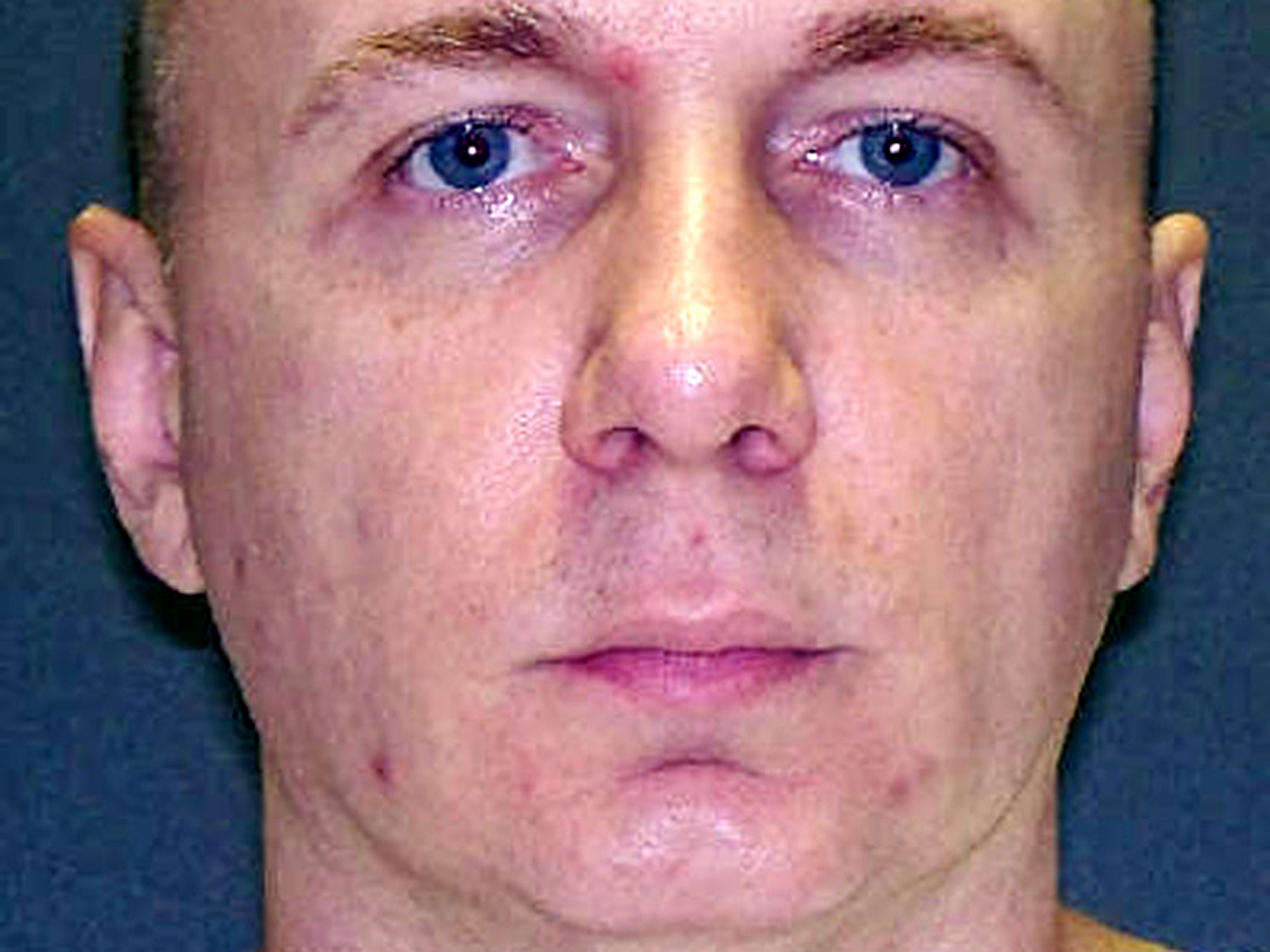 HUNTSVILLE, Texas Donnie Lee Roberts, convicted in his girlfriend's 2003 slaying in Texas, was executed Wednesday for fatally shooting the woman and taking items from her home to sell or trade to support his drug habit.

Roberts, 41, became the 12th inmate to be put to death this year in the nation's most active capital punishment state. He was given a lethal injection for the killing of Vicki Bowen at her East Texas home.

"I'm really sorry. I never meant to cause you all so much pain," Roberts said to Bowen's father, who was seated in a chair close to a glass window in the death chamber viewing area. "I hope you can go on with your life.

"I loved your daughter. I hope to God he lets me see her in heaven so I can apologize to her and see her and tell her."

Roberts also asked two of his friends who watched through another window to tell his own daughter he loved her.

He repeated that he was sorry and took several deep breaths as the lethal dose of pentobarbital began taking effect. He snored briefly before slipping into unconsciousness, and was pronounced dead 23 minutes later.

Bowen's relatives, including some who sat on the floor where they were gathered as Roberts was put to death, declined to speak with reporters after the execution.

Roberts' punishment came after the U.S. Supreme Court refused to review his case earlier this week, and no additional appeals were filed to try to block the lethal injection.

At the time of his arrest for the October 2003 slaying of the 44-year-old Bowen, Roberts had violated his probation for a robbery conviction in Louisiana by fleeing to Texas after dropping out of a drug treatment program.

Authorities said he apparently met Bowen, a dental assistant, at a bar and moved in with her at her Lake Livingston home, about 75 miles northeast of Houston. Their relationship soured because Roberts wasn't working and was abusing drugs and alcohol, investigators said, and he shot Bowen after she refused his demand for money.

Roberts was arrested at a suspected crack house in the town of Livingston when a truck missing from Bowen's home was spotted there the same day Bowen's body was discovered.

"He was cooperative and confessed several times," District Attorney Lee Hon said. "He was saying he wanted the death penalty."

Roberts told authorities he made several trips from the house where Bowen was shot, collecting property that he took into town to sell and trade for crack.

He also surprised detectives by confessing to the shotgun death of a man that happened a decade earlier in Natchitoches Parish, La. Louisiana authorities initially believed the victim, Al Crow, had died of asphyxiation in a fire at the camper trailer where he was living but reopened the case following Roberts' disclosure, found shotgun pellets and determined it was a homicide.

Roberts was charged with murder but not tried for Crow's death.

Stephen Taylor, one of Roberts' lawyers at his Texas capital murder trial, said the confessions complicated his trial defense.

"It's almost like somebody saying he was a serial killer, that he's killed before and he killed again," Taylor said. "It's one thing to say you have the right to remain silent. Use it!

"It's always sad for someone to lose his life, especially for something so stupid."

Bowen didn't show up for work on Oct. 16, 2003, and a co-worker who went to check on her found her body wrapped in a blanket and lying in a pool of blood. A medical examiner determined Bowen was killed with two gunshots to her head.

Roberts took the witness stand and tried to blame Bowen for the gunfire, saying he was acting in self-defense by grabbing a .22-caliber rifle after seeing her reach down inside a couch to locate a pistol that was kept there.

Evidence at trial showed Roberts had a record for battery while being held in jail in Fulton County, Ga., that he'd threatened his wife to give him money for drugs, and that he warned there would be another killing if he didn't get a single-person cell in Polk County when he was jailed for Bowen's murder.

His robbery conviction in Louisiana was for a Mother's Day 2001 convenience store holdup in Baton Rouge, La., where the knife-wielding Roberts threatened to slice the throat of the female clerk.

The Texas Department of Criminal Justice Polunsky Unit, where the state's male death row is housed, had been Roberts' home since his capital murder conviction in 2004. The prison is just outside Livingston and not far from where Bowen was killed.

Earlier Wednesday, Roberts was moved about 45 miles west to the Huntsville Unit, the prison where the execution was carried out.

Three more Texas prisoners are set to die in November, including one next week.