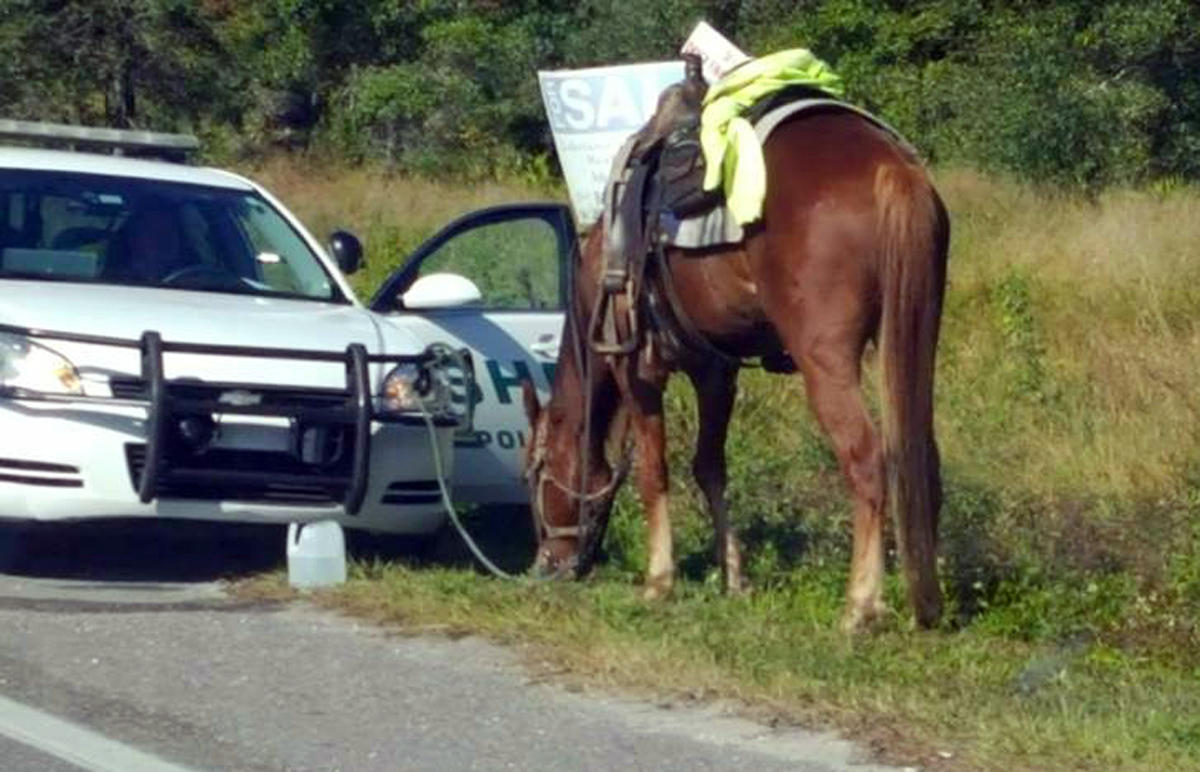 LAKELAND, Fla. -- A 53-year-old woman riding a horse down a busy Florida highway has been arrested and charged with driving drunk.

Polk County Sheriff's officials said in a news release that someone called 911 about a woman who appeared confused and possibly in danger. When deputies arrived they found Donna Byrne riding her horse in the road.

Officers did a sobriety test and said she gave breath samples that registered blood-alcohol level of .161 -- twice Florida's legal limit of .08.

Byrne is charged with DUI and animal neglect for endangering and failing to provide proper protection for the horse.

"Ms. Byrne was obviously not in any condition to be on the road. She not only put herself and the horse in danger, but also anyone who was driving on the road, which is typically very busy," Sheriff Grady Judd told The Orlando Sentinel.

In the past, Byrne has been arrested on five felony charges and 10 misdemeanor charges, including animal cruelty and drug possession, Polk County Sheriff's Office spokesperson Brian Bruchey told the newspaper.