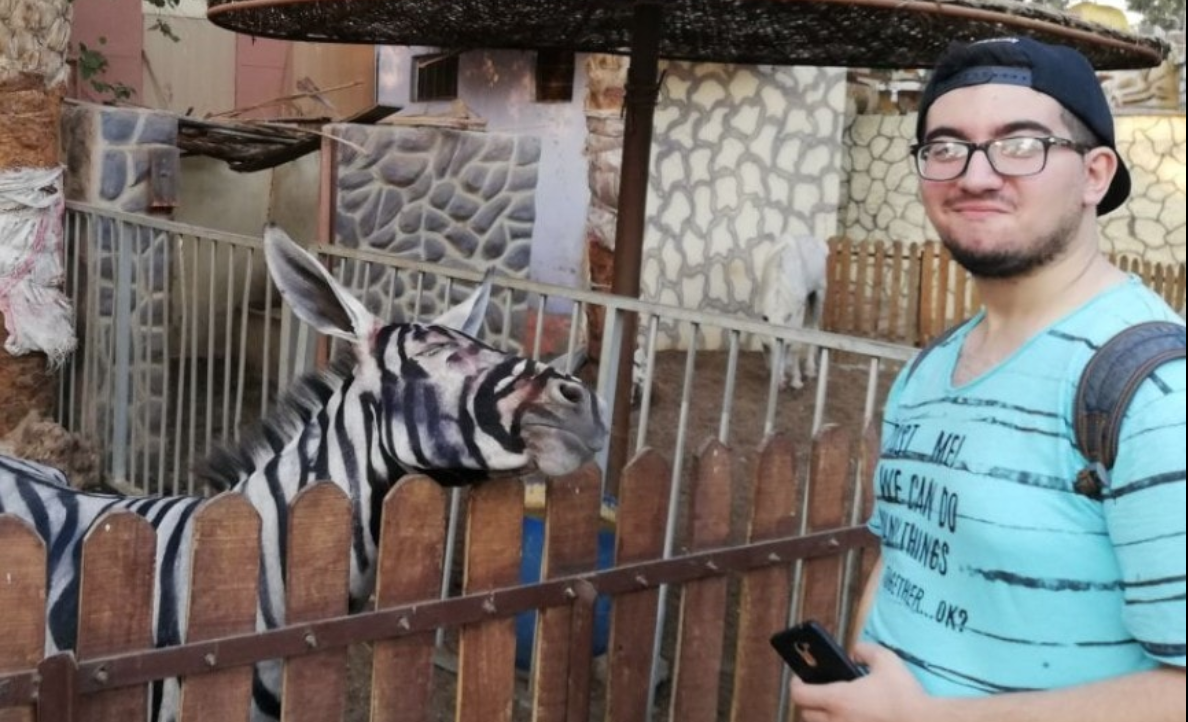 An Egyptian zoo is insisting it did not paint a pair of donkeys to look like zebras.

Cairo's International Garden municipal park became a target of ridicule after an Egyptian student, Mahmoud Sarhan, posted images on Facebook of the suspicious beast. Sarhan said that the zoo's two zebras were obviously painted donkeys, a view that has since been embraced by online animal experts.

However, zoo director Mohamed Sultan told a local radio station that his zebras are real, dismissing claims that they are just painted donkeys, according to the BBC.

This is not the first time that a zoo has painted donkeys to look like zebras. In 2009, a zoo in Gaza did the same thing, saying that it could not procure real zebras due to an Israeli blockade.

"The first time we used paint but it didn't look good," the zoo's proprietor told Reuters at the time. "The children don't know, so they call them zebras and they are happy to see something new."

In 2013, a Chinese zoo was criticized for trying to pass off a large dog as a lion. "The zoo is absolutely trying to cheat us," one visitor told Chinese media. "They are trying to disguise dogs as lions."

Zebras and donkeys, despite both bearing a resemblance to horses, are different species. Donkeys are popular beasts of burden in developing countries and were domesticated millennia ago. Zebras, meanwhile, are primarily known for their black-and-white stripes.

Zebras also have black snouts, according to one expert. They are also larger and less donkey-like than the animal in the viral photo, and do not have smudged stripes.