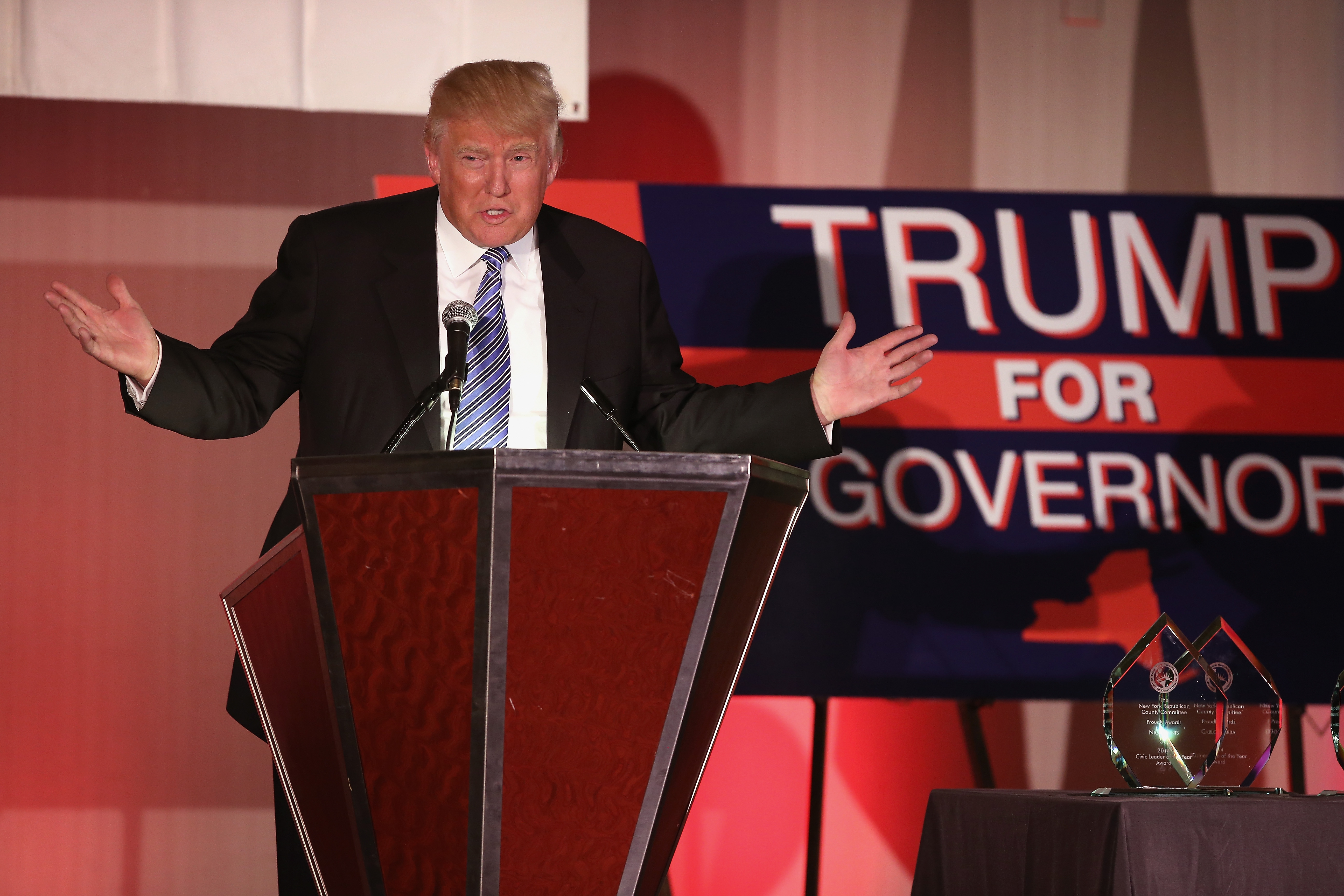 The survey, released Thursday by Quinnipiac, shows Gov. Andrew Cuomo, D-N.Y., defeating Trump by a greater than 2-to-1 margin, earning the support of 63 percent of New York voters compared to Trump’s 26 percent.

New York voters are familiar with Trump, according to the poll, they just don’t seem to like him all that much - his favorability ratings are underwater at 27 percent favorable to 60 percent unfavorable.

Astorino, by contrast, has room to grow: 86 percent of voters need to hear more about him to form an opinion.

“Take your pick: Gov. Andrew Cuomo, an opponent nobody knows or an opponent nobody likes,” said Maurice Carroll, the director of Quinnipiac’s polling institute. “It comes out the same either way: Gov. Cuomo trounces Westchester County Executive Rob Astorino, the unknown, or Donald Trump, the unliked.”

The poll also offers some early numbers on the 2016 presidential race, with Gov. Chris Christie, R-N.J., falling far behind several prospective Democratic challengers as his administration grapples with the George Washington Bridge scandal.

According to Quinnipiac, former Secretary of State Hillary Clinton would best Christie 58 to 31 percent among New York voters. And matched against Cuomo, Christie narrows the gap only slightly, losing by 50 to 34 percent.

"We're two years away from the New Hampshire Primary, but people will gossip about politics and for now New Yorkers put former Secretary of State - and former New York Senator - Hillary Clinton, and current Favorite Son Andrew Cuomo ahead of Christie," explained Carroll.

Quinnipiac’s poll surveyed 1,488 voters across New York between February 6-10 and carries a margin of error of plus or minus 2.5 percent.