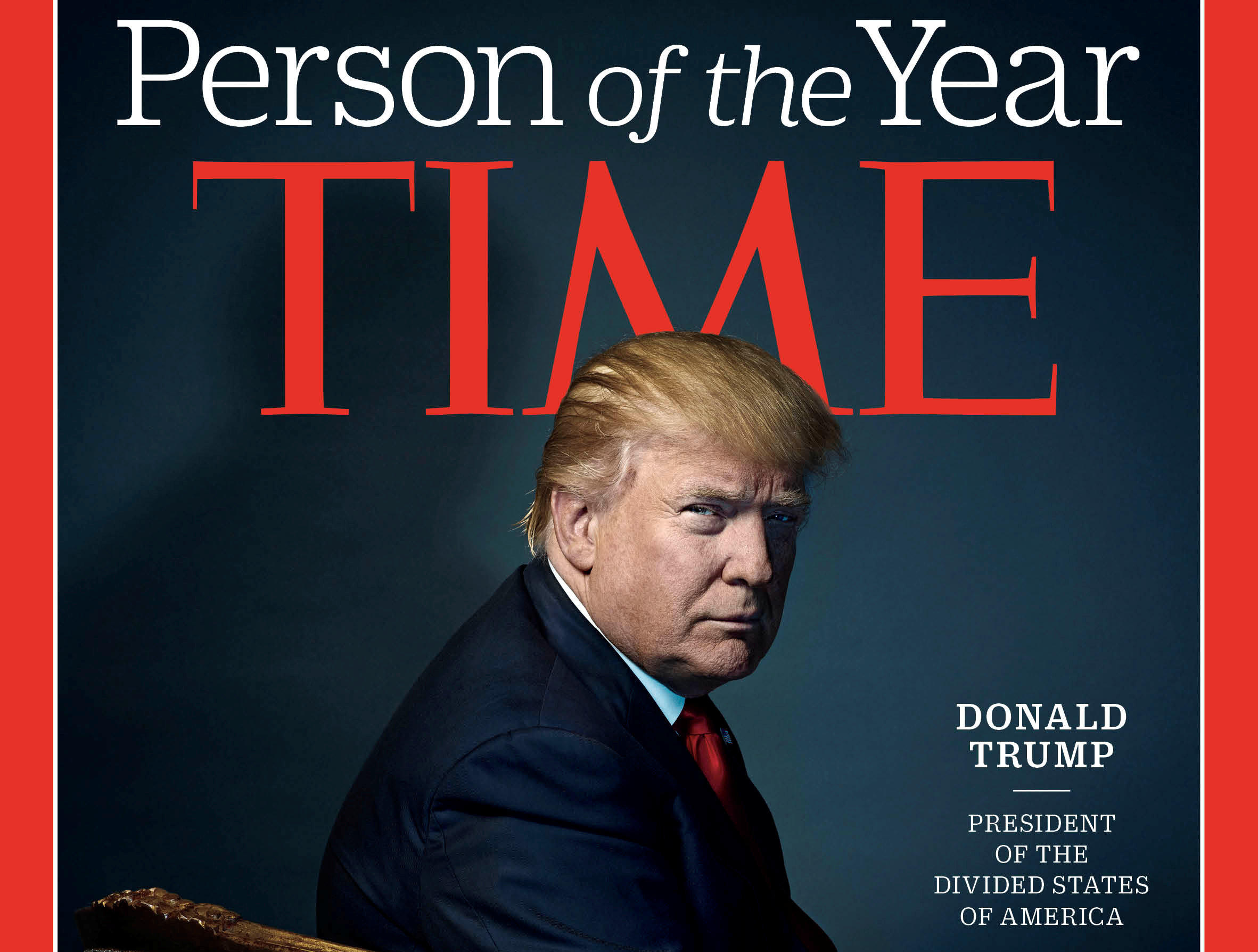 WASHINGTON -- Time magazine on Wednesday named Donald Trump its Person of the Year, bestowing what the president-elect called an “honor” even as he derided the idea that he’ll lead “the Divided States of America.”

That was a reference to Time’s cover line - “Donald Trump: President of the Divided States of America” - that was positioned next to the cover photograph of the president-elect sitting in his private residence at Trump Tower.

“I didn’t divide ‘em,” Mr. Trump said on NBC’s “Today” show. “We’re going to put it back together and we’re going to have a country that’s very well-healed.”

Time editor Nancy Gibbs said the publication’s choice was a “straightforward” choice of the person who has had the greatest influence on events “for better or worse.”

Mr. Trump climbed from fiery underdog in the race for the GOP presidential nomination to winning the White House and defeating Democrat Hillary Clinton in the Nov. 8 election. Mr. Trump won 306 electoral votes, easily enough to make him president when the electors meet on Dec. 19. Clinton won the popular vote.

He won in part by articulating in blunt, populist terms the racial, economic and other factors that divide Americans, many of whom have not felt the nation’s recovery from recession. Mr. Trump stomped campaign traditions and social norms, including by insulting women, Muslims, Republican leaders, a reporter with disabilities and more. He also praised Russian President Vladimir Putin and last week irritated China and broke diplomatic norms by speaking by phone with the leader of Taiwan.

“When have we ever seen a single individual who has so defied expectations, broken the rules, violated norms, beaten not one but two political parties on the way to winning an election that he entered with 100-to-1 odds against him?” Gibbs said.

Clinton was the No. 2 finalist, Gibbs said. She said Clinton “came closer than any woman ever has to winning the White House, and in the process revealed, I think, both the opportunities and the obstacles that women face in the public square.”

“The Hackers,” ranked after Clinton. Gibbs said that referred to “a new cyber security threat we saw this year of state-sponsored hackers looking to delegitimize an American election.” She said this was “something new this year and something very disturbing.”