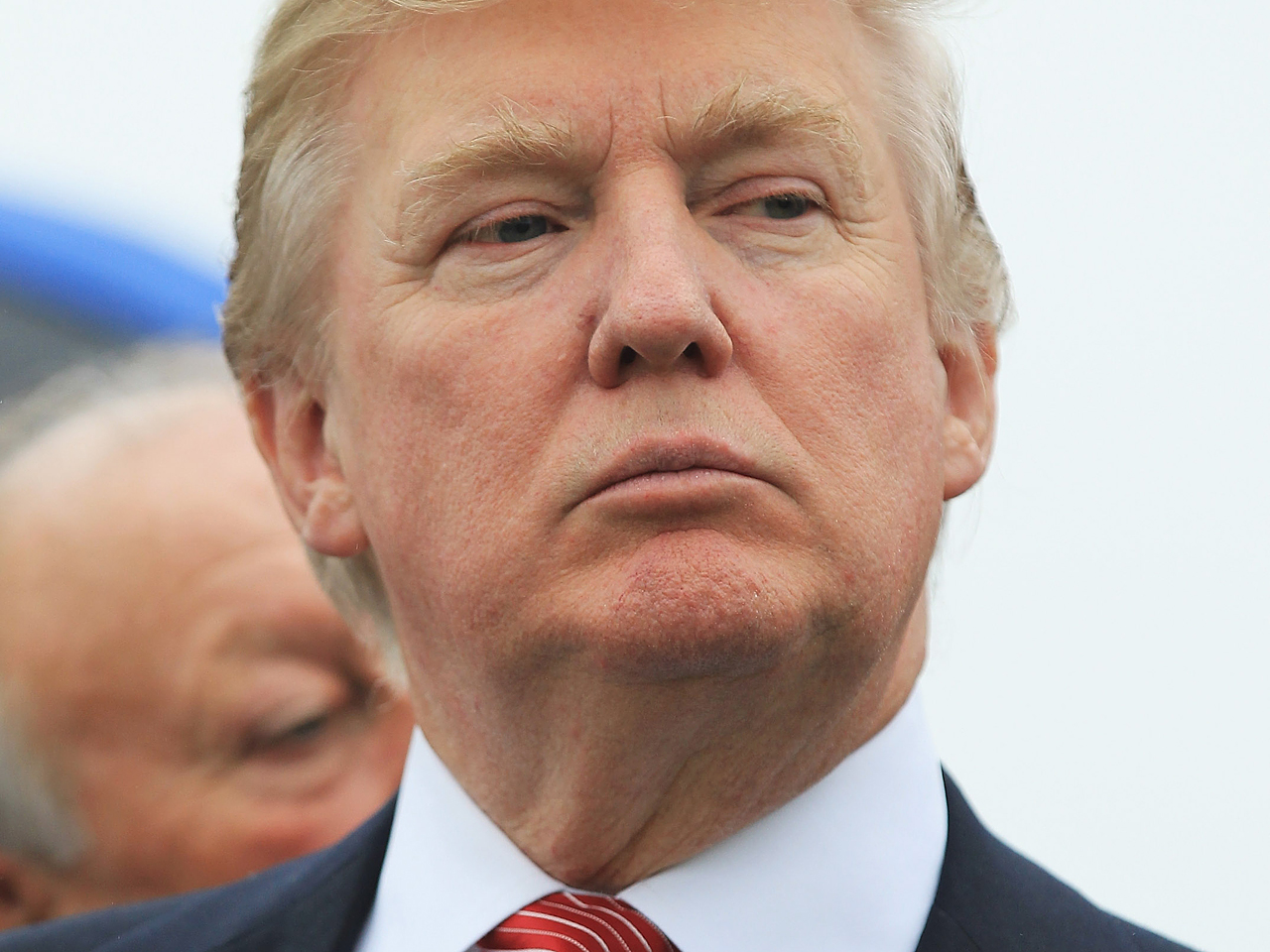 (CBS News) Businessman and reality TV host Donald Trump is once again entering the political fray -- by hosting a upcoming fundraiser for Mitt Romney, participating in an online contest and by possibly starting a super PAC to oppose President Obama's re-election.

In the first of a two-part interview with conservative website Newsmax posted on Wednesday, Trump said he is "thinking about just doing my own PAC," referring to an independent third-party organization able to raise unlimited funds for political activity.

The real-estate mogul said his super PAC's television advertisements "would show how badly we're doing as a country - how disrespected we are as a country."

"I would show people form OPEC - 11 people sitting around a beautiful, round, gold-encrusted table, talking about how they're going to continue to rip off the United States," he said.

"This is something Mr. Trump is considering at this time - nothing definitive other than his interest in seeing America become great again and Mitt Romney becoming the president in 2012," Cohen told Hotsheet.

An online contest for the Romney campaign called "Dine with the Donald" was also announced on Thursday. Supporters, who are encouraged to donate to the campaign, can win a chance to have dinner with Trump and Mitt Romney on June 28.

"This online contest is expected to exceed any and all online contests previously done in the history of politics," Cohen said. "This event will certainly assist the campaign in assisting garnering additional voter information as well as raising a substantial amount of money for the Romney campaign."

The online contest is similar to President Obama's online campaigns that invite supporters to give a small amount for the chance to win dinner with the president. A recent one took place at a fundraiser at actor George Clooney's house.

Trump is also hosting a fundraiser for Romney in Las Vegas, Nevada, on Tuesday. Former Republican presidential candidate Newt Gingrich will also be in attendance, according to the invitation. Trump recently hosted an event for Ann Romney's birthday at his home, raising $600,000 for the presidential candidate, Cohen said.