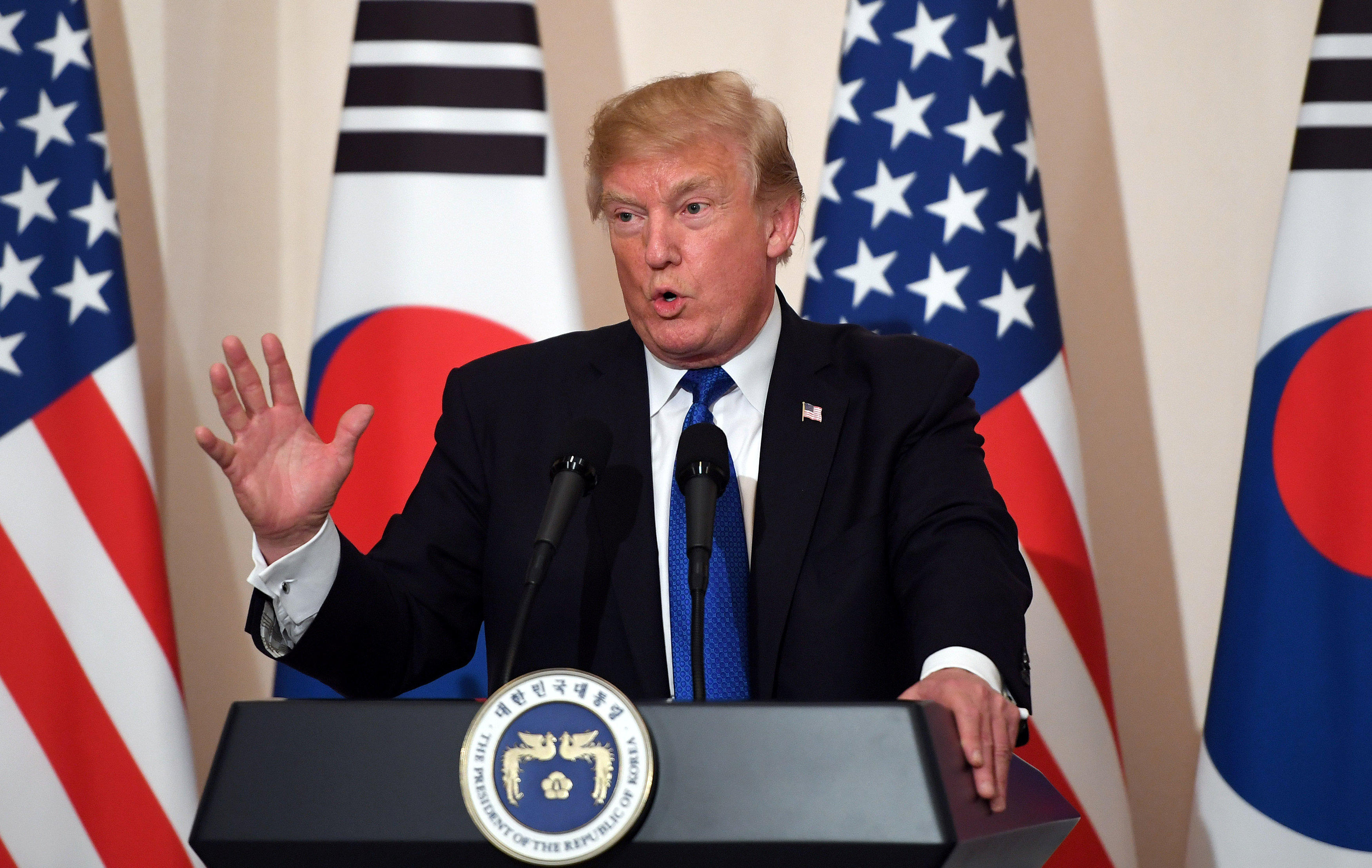 SEOUL -- President Donald Trump said Tuesday that stricter gun control measures might have led to "hundreds" of additional casualties during a mass shooting at a south Texas church.

Mr. Trump says at a news conference in South Korea that, "If you did what you're suggesting, there would have been no difference three days ago and you might not have had that very brave person who happens to have a gun or a rifle in his trunk."

He'd been asked whether he would support "extreme vetting" for gun purchases like he's called for for people entering the country.

Mr. Trump said if local resident Stephen Willeford -- who grabbed his own rifle and exchanged fire with Kelley -- didn't have a gun, "instead of having 26 dead, you would have had hundreds more dead."

"So that's the way I feel about it," Mr Trump said, reiterating his stance that any hypothetical new gun control legislation is "not going to help."

Before giving his answer, President Trump said it was still "too soon" after the tragedy to be discussing measures to prevent mass shootings.

Mr. Trump has said since he was on the campaign trail in 2016 that he believes the way to prevent mass shootings in the U.S. is by better addressing mental health issues.

On Monday, Mr. Trump said the Texas massacre was a "mental health problem," not a "guns situation."

Authorities say Devin Patrick Kelley fired at least 450 rounds of ammunition at worshippers in Sunday's attack at the First Baptist Church in Sutherland Springs. The dead ranged in age from 18 months to 77 years old.

The gunman who killed 26 people at a small town Texas church was able to buy weapons because the Air Force did not submit his criminal history to the FBI as required by military rules.

The Air Force acknowledged Monday that if the past offenses by Devin Patrick Kelley had been properly shared, they would have prevented him from buying a gun.

In 2014, Kelley was formally ousted from the Air Force for a 2012 assault on his ex-wife in which he choked her and struck her son hard enough to fracture his skull.