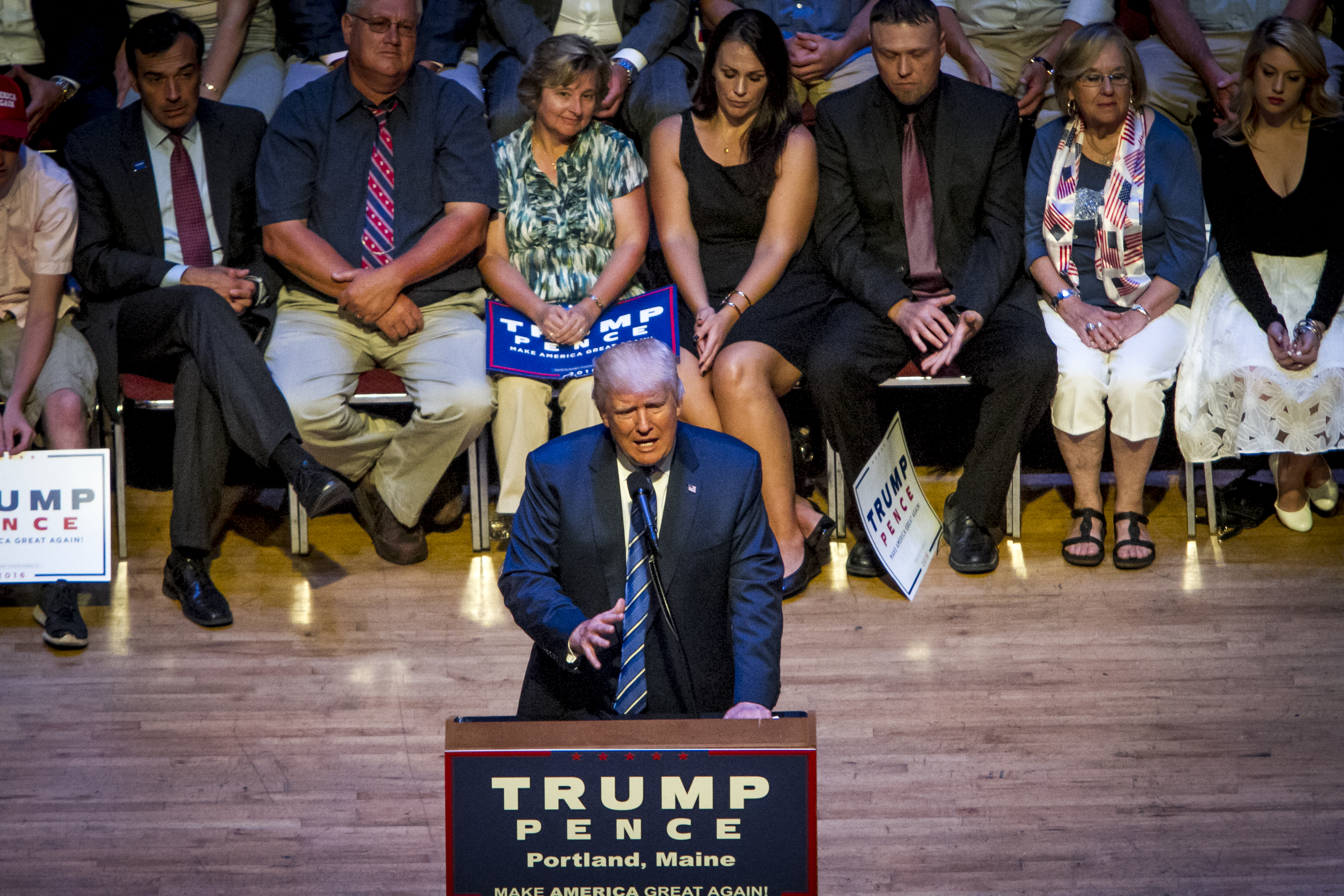 PORTLAND, Maine -- Donald Trump repeated a falsehood at a rally in Portland, Maine Thursday about a tape, shot by Iranian state media, he said showed $400 million in cash the United States had sent to the government of Iran.

It was the third time Trump had claimed this tape existed in 24 hours -- except there was no evidence it did.

And hours later on Friday morning, Trump sent a message on Twitter that seemed to turn back that story, saying that "the plane I saw on television" was not actually the plane carrying the cash to Iran:

The Wall Street Journal reported earlier this week that Washington had sent Tehran the cash as part of an existing dispute going back decades -- and that it coincided with the Iranian government releasing four American prisoners.

Many top Republicans, including Trump, claim the money was a ransom payment.

The White House insists there was no quid pro quo, that the timing was coincidence and that the money was owed to Iran in any event.

Trump first referenced the video at a rally in Daytona Beach, Florida Wednesday, referring to it as "top secret."

"Now here's the amazing thing," Trump said. "Over there, where that plane landed, top secret, they don't have a lot of paparazzi. You know the paparazzi doesn't do so well over there, right? And they have a perfect tape done by obviously a government camera, and the tape is of the people taking the money off the plane, right?"

Trump referred to the tape again later on Wednesday, telling CBS West Palm Beach, Florida affiliate WPEC-TV, "You know they have all the camera equipment outside taking pictures of the stuff coming off the plane."

There was no such tape. And when the campaign was asked for clarification, it pointed to a video used on Fox News on Wednesday that showed people getting off a jet at night. That was news agency footage available in a number of places and was shot in January in Geneva, Switzerland, not Iran. There was nothing "top secret" about it.

U.S. government officials expressed bafflement about what Trump was referring to -- and by late Thursday, the campaign hadn't responded to a query about why Trump referred to it again, even though it had been debunked.

At the same rally, a rambunctious one -- filled with "Lock her up!" chants, referring to Hillary Clinton, a number of protesters were escorted out -- including one who yelled that Trump was a "racist."

Trump took the protesters in stride, and addressed the seeming disunity between him and his running mate, Indiana Gov. Mike Pence.

It was the latest in a long line of differences between Trump and Pence.

Trump, however, claimed Pence had asked for permission to endorse Ryan and said he wouldn't do it if Trump give the green light.

"So [Pence] called me and he said yesterday - and he said, 'Would you mind if I endorsed?"' Trump said. "I won't do that, if it causes any complications and problems, I would absolutely not do - he's the greatest guy. He's the greatest human being."

Pence, the day before, told Fox News Trump "strongly encouraged" him to endorse Ryan. It was another split message coming from a tumultuous ticket.

A number of polls show Trump losing ground, including one from McClatchy-Marist University, which has Clinton up a whopping 15 points on Trump. An NBC News/Wall Street Journal poll has Trump down nine points.