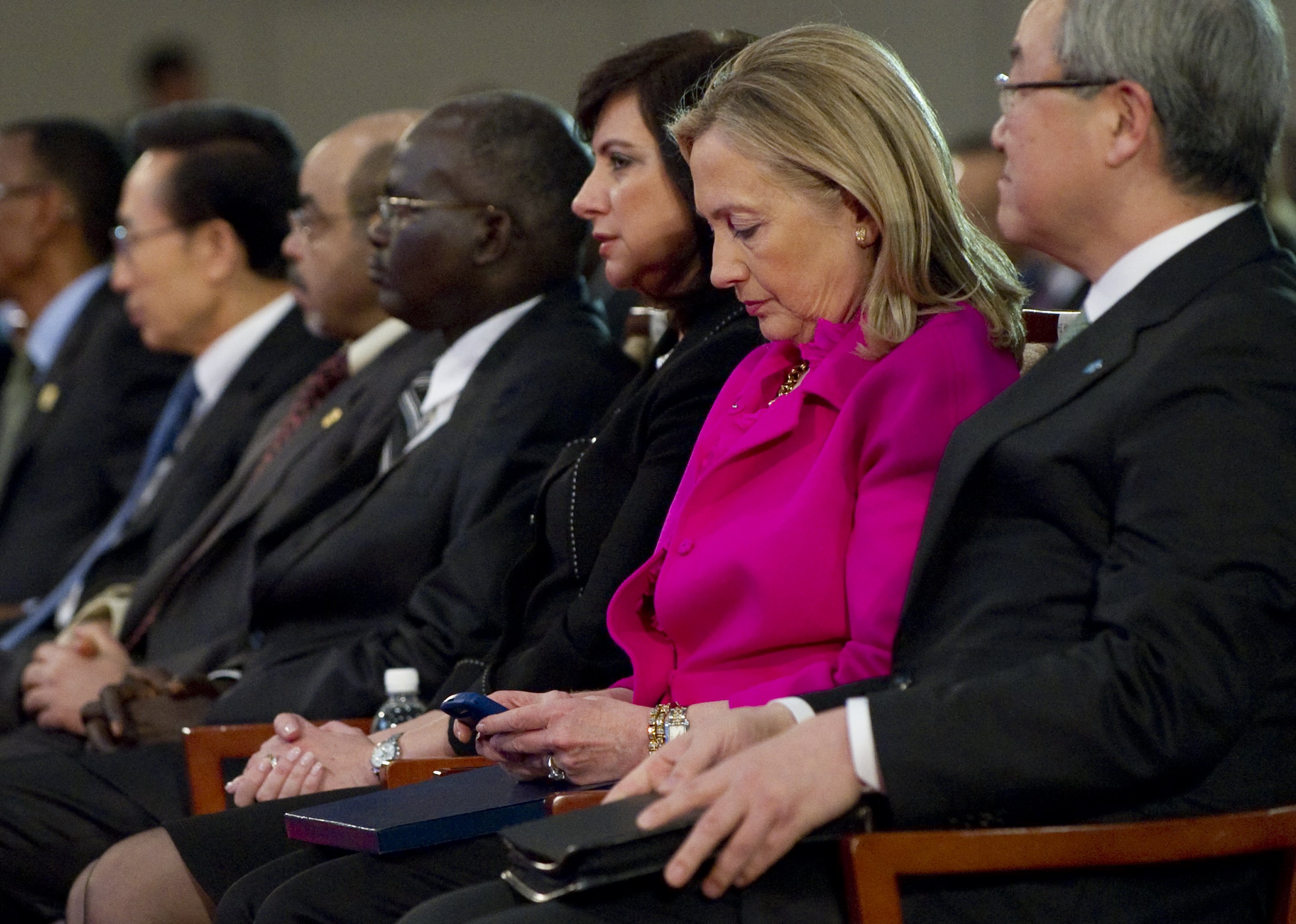 Donald Trump tweeted that the "the system is rigged" and said that Gen. David Petraeus (Ret.) had gotten in trouble "for far less," in response to FBI Director James Comey's recommendation that Hillary Clinton not be prosecuted for what he deemed "extremely careless" handling of classified information while she was secretary of state.

"As usual, bad judgment," he concluded. And in another tweet, he marveled that "Crooked Hillary compromised our national security. No charges. Wow!"

Though Comey had said there was evidence Clinton and the people she communicated with on numerous devices and servers "were extremely careless in their handling of very sensitive, highly classified information" and that they should have known an unclassified server was not the place for those conversations, he concluded that no "reasonable prosecutor" would bring a case against her because the FBI had found no evidence that emails were intentionally deleted to try to conceal them, and there was no "intentional misconduct" in the sorting of the emails.

"Declining to prosecute Secretary Clinton for recklessly mishandling and transmitting national security information will set a terrible precedent," Ryan said in a statement. "The findings of this investigation also make clear that Secretary Cinton misled the American people when she was confronted with her criminal actions."

And he predicted that "the American people will reject this troubling pattern of dishonesty and poor judgment."

In an interview with CBSN, former New York City Mayor Rudy Giuliani said he doesn't think "anybody else would have gotten away with this" besides Clinton.

"No one should be above the law. Today Hillary Clinton was put way above the law," he said. "Every rational American knows that an ordinary employee of the Justice Department, the State Department or the CIA would be indicted for far less than this."

Clinton's campaign also released a statement that emphasized that career officials, and not political appointees had handled the case, and expressed regret about using personal email while she was secretary.

"We are pleased that the career officials handling this case have determined that no further action by the Department is appropriate," the statement read. "As the Secretary has long said, it was a mistake to use her personal email and she would not do it again. We are glad that this matter is now resolved."

The FBI's announcement came as Hillary Clinton and President Obama were to make their first joint campaign appearance. Clinton is traveling with the president on Air Force One for an appearance in Charlotte, North Carolina Monday afternoon.